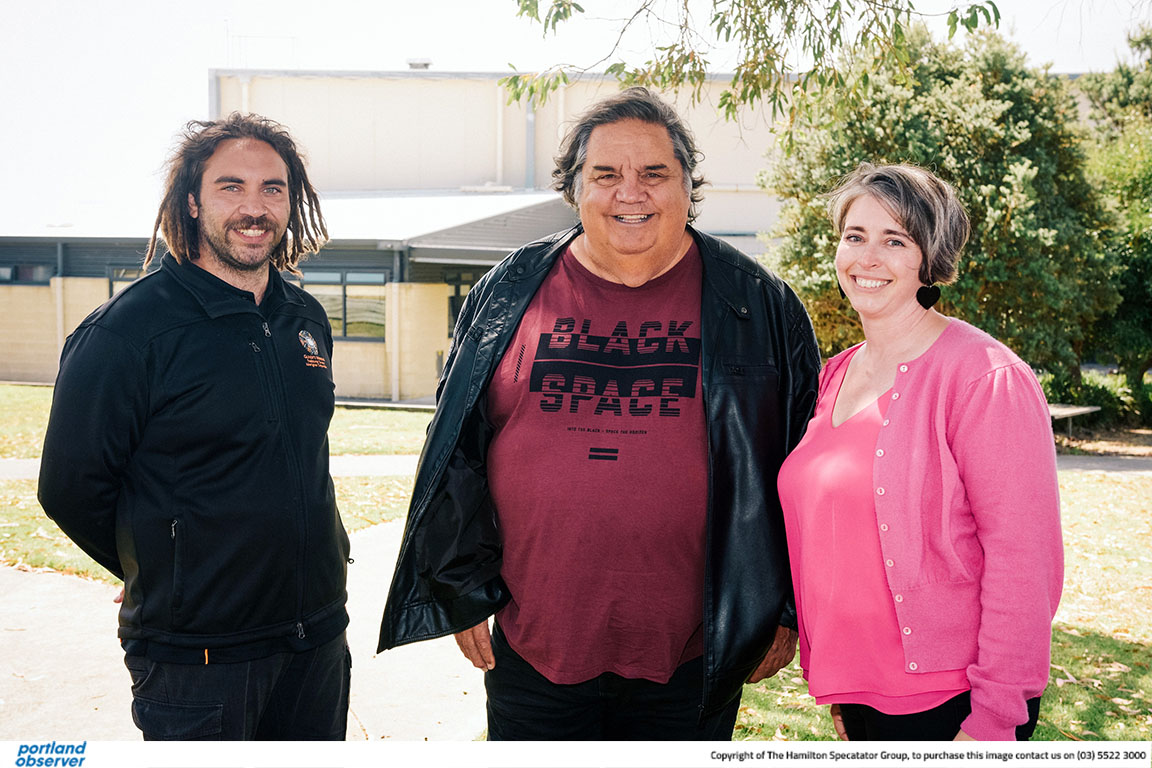 AARON Morgan, Daryl Rose and Tara Hulonce are pleased that the Dhauwurd Wurrung language will be taught in the region’s primary schools alongside cultural lessons. Picture: KAREN HODGE 210202KH10
By Angela McFeeters

JUST decades ago speaking the local Indigenous language - Dhauwurd Wurrung - was discouraged, and some people would avoid doing cultural tasks that were thousands of years old.

However things are turning around, with educators across the region’s state schools coming on board with a new Dhauwurd Wurrung language and culture curriculum.