A mad rush to wed before lockdown 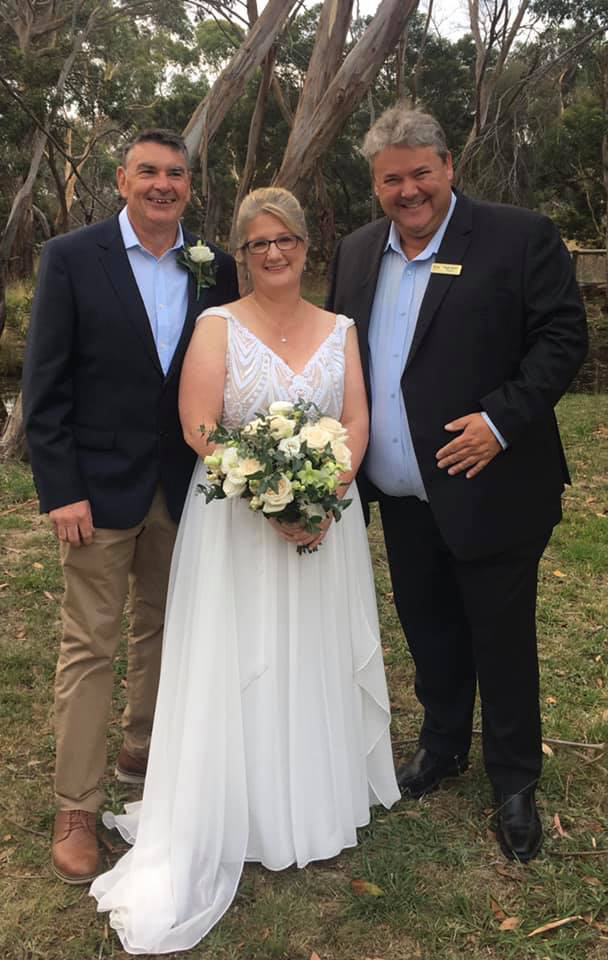 LOCAL couple, Kerri and Ian Coyle rushed to say “I do” on Friday, one day earlier than planned, to avoid Victoria's snap, five-day lockdown.

Scrambling to get everything ready in just five hours, Ms Coyle said the day was a “mad rush”.

“I was actually in Café Gray when the announcement came through and I was just having lunch with my mum and sister,” she said.

“We were waiting for the announcement and we had joked earlier in the day that if it did, we would push it forward to that night, but we honestly didn’t expect it to happen.

“I was absolutely heartbroken when I heard, and I was in tears and people in Café Gray were just coming up to me offering to help in any way possible and they even helped to cater for us.

“We then just got on the phone and started getting onto everyone, and we managed to pull it off.”

With the help of celebrant, Hugh Koch, Ms Coyle said they got on top of everything quickly.

“Hugh rang me literally at 1.19pm, just minutes after the announcement and said we had two options, to call of the wedding or try and pull it off,” she said.

“We just thought, everyone is here already, let’s do it.”

Ms Coyle said although the day felt rushed at times, the night ended up being “perfect”.

“The night was fantastic and the only down fall that I would say is that we initially planned to have a big weekend with family from around the state but in the end, we managed to pull off an amazing night in just five hours,” she said.