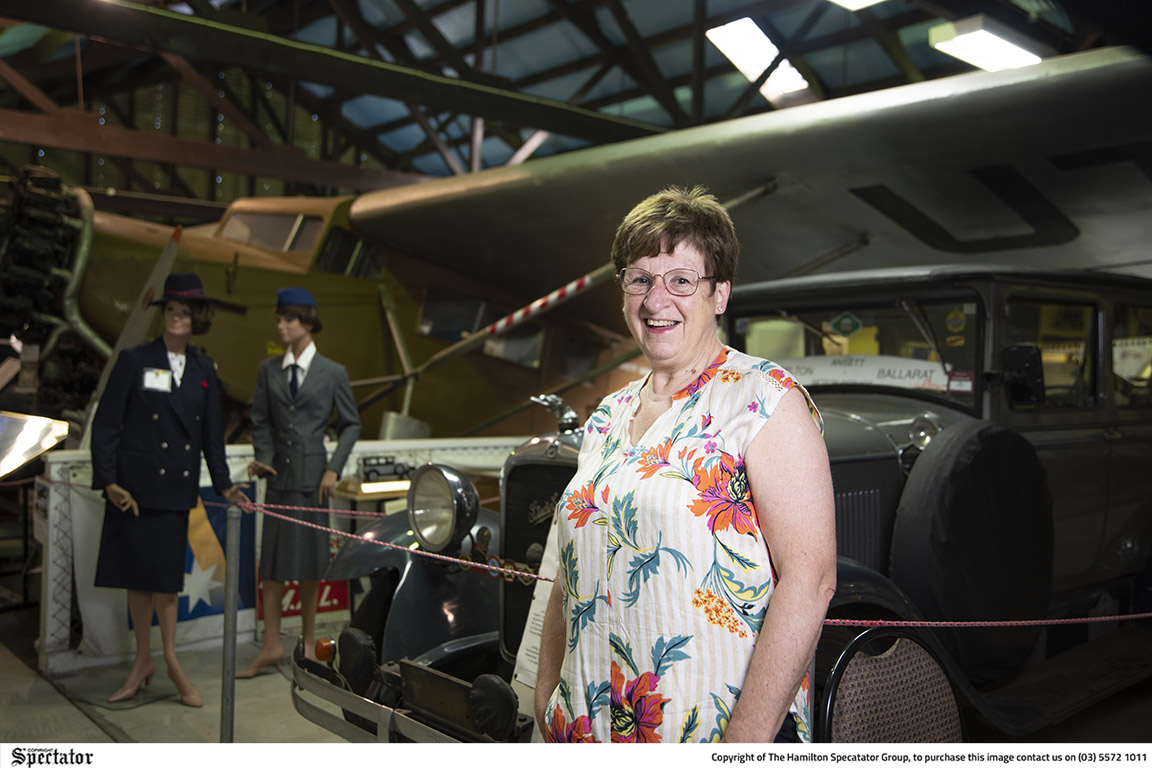 SIR Reginald Ansett Transport Museum secretary, Heather Kruger, remembers the rich history of the museum and Ansett Airways, as the airline celebrated the 85th anniversary of its first flight and 30th anniversary since the museum opened. Photo: LAUREN HAY.
By Admin

A DOUBLE anniversary was quietly celebrated at Ansett Airways yesterday, with the date marking 85 years since its first flight and 30 years since the opening of the Sir Reginald Ansett Transport Museum.

It all started in 1931, when Sir Reginald ‘Reg’ Ansett came to Hamilton and began a taxi service, which was met with great success, prompting him to start running buses the following year, and Ansett Roadways was born.

As his road transport business becoming so successful, the Victorian Government decided his business was too powerful and was taking away revenue from the railways and they put in a bill to stop that from happening.

Ansett Museum secretary, Heather Kruger said “that is when Reg decided to take to the air”.

“His thought process was ‘they can’t stop me up there’,” Ms Kruger told The Spectator.

He took a Moth Plane to Sydney to purchase and bring back a Fokker Universal Passenger Plane.

Ansett Airways’ first ever flight was on February 17, 1936 flying from Hamilton with six passengers experiencing the lift off.

It took almost two hours for the plane to land in Melbourne – soon after it touched down, it returned back home to Hamilton.