Great day for Classics by the Bay 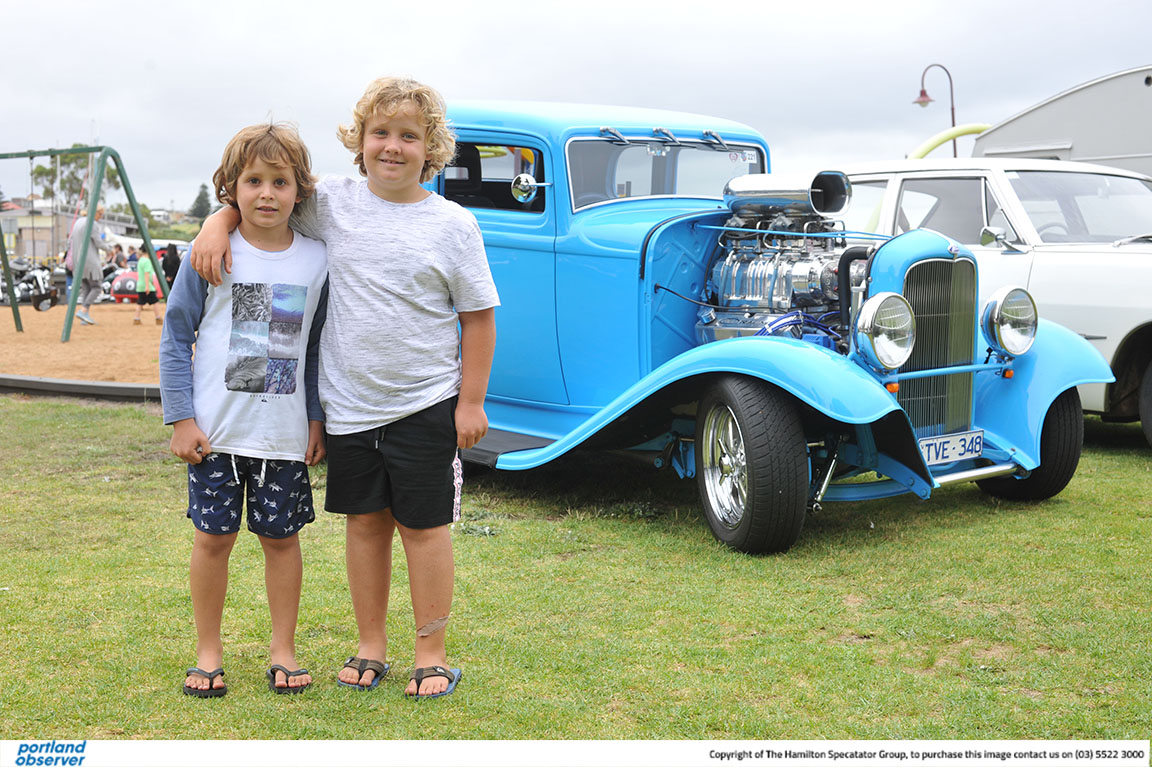 ENJOYING themselves at Classics by the Bay on Saturday were the Easson brothers Alfie, 6, and Frankie, 8, of Portland. Picture: BILLY EASSON 210220bj013
By Chalpat Sonti

ONE of the first major outdoor events since the coronavirus pandemic to be held in Portland went off without a hitch on Saturday.

The Classics by the Bay show ‘n’ shine, organised by the Portland Classic Auto Club, took place on the foreshore, with a good crowd backing up some fine weather.

It had been touch and go for the event earlier in the week with it being threatened by the latest lockdown, until the state government lifted that on Wednesday.

Club president Craig Dennert was delighted with how Classics by the Bay went.

“It was fantastic,” he said.

“Bloody amazing. We had a fantastic crowd.

About 350 cars and motorbikes were displayed and the crowd, which had to be below 1000 at all times, did the right things to keep the event COVID-safe, Mr Dennert said.

“Everybody accepted (the rules) and a lot of people said ‘good on you for sticking with it and not cancelling’.

“Everyone was wanting it, we’re the first show for the year on the calendar to get rolling, and I think that was why we had such a good crowd.

And it could have been even better.

Exhibitors came from far and wide, including Melbourne, Adelaide, Mildura, Echuca, Dimboola and Minyip (near Donald), but Mr Donald said many from South Australia cancelled plans to be at the show because they were older and weren’t comfortable with filling in the paperwork required to get a border crossing permit.

And no mention of Classics by the Bay would be complete without mention of Fletch from the television show Classic Restos who, despite the vent being uncertain until the lockdown was lifted, made the long trip down from near Sydney to take part in his annual pilgrimage, getting plenty of material for a future episode.

Fletch made a holiday of it, staying for five days, leaving this morning.