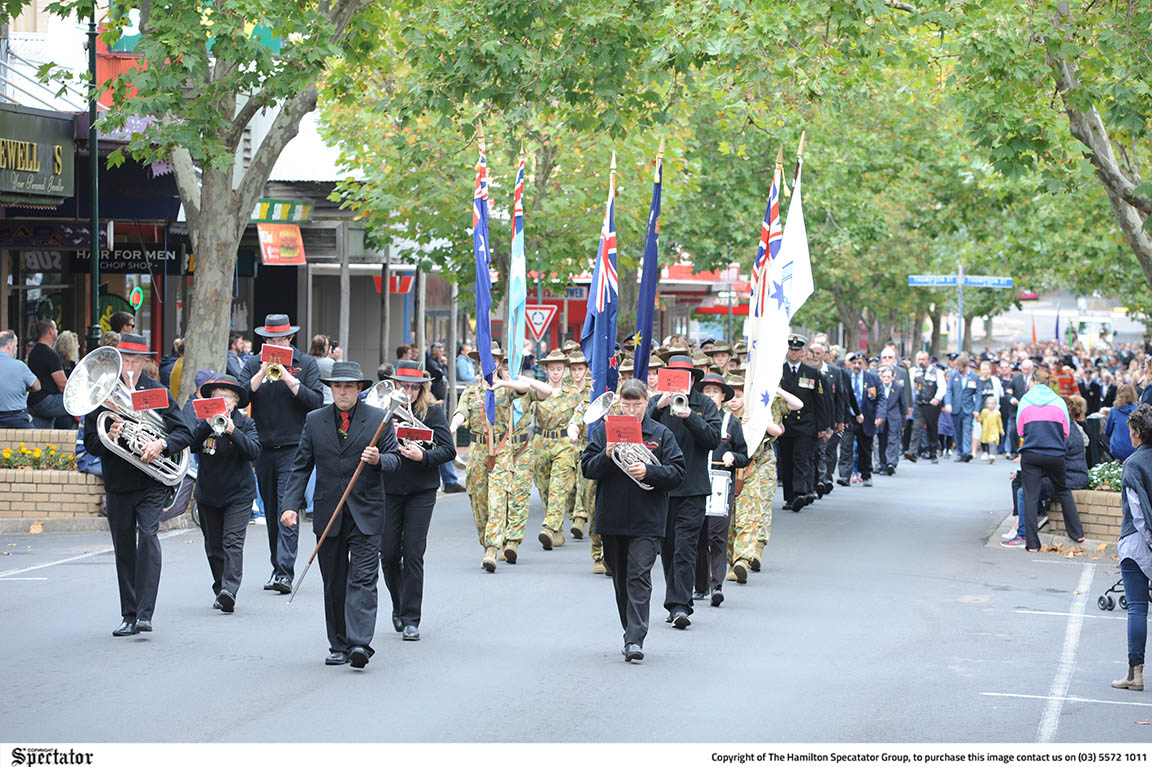 HAMILTON RSL Sub-Branch members remain “hopeful” that the traditional parade will not be cancelled for a second year in a row. Photo: SPEC FILE.
By Allanah Sciberras

HAMILTON RSL Sub-Branch members are remaining “hopeful” that the traditional parade and dawn services can go ahead this ANZAC Day.

President, Paul Shewell said the sub-branch was currently in the planning stage of the parade, but the decision was now in the hands of the Southern Grampians Shire.

He said they were waiting to receive shire approval.

“We started planning around three to four weeks ago because it’s an involved process,” he said.

“We have to sort out a traffic management plan and contact all the schools, so it’s pretty involved and it’s something that you can’t do overnight.

“I think we will be planning for the best and if it doesn’t work out, well there isn’t much you can do about it all really.

“We are really just waiting on the shire to get back to us if we can go ahead, so fingers crossed for that.”

Mr Shewell said he couldn’t see a reason why it should be cancelled.