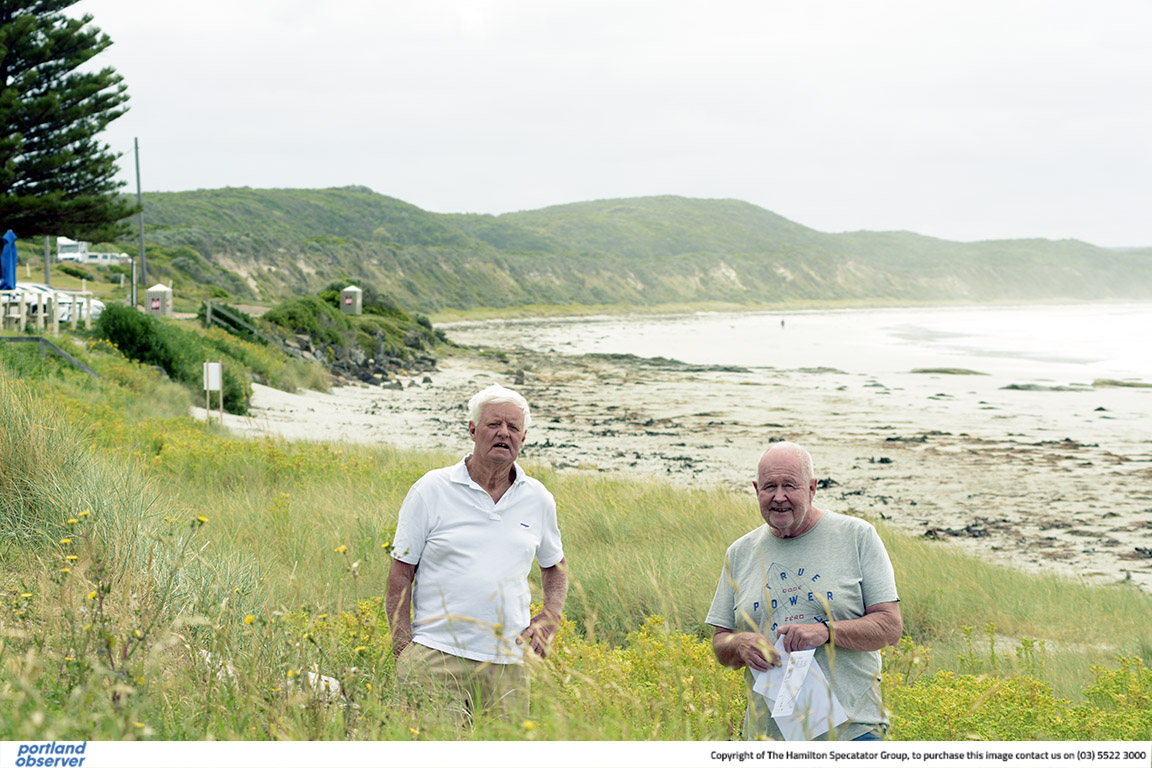 CAPE Bridgewater residents Doug Cahill and Vic Kibby are among those against a plan for a revetment/seawall structure to be built along the foreshore. Picture: KAREN HODGE 210225kh03
By Chalpat Sonti

WITH the multimillion-dollar Cape Bridgewater foreshore works set to start soon, a group of residents say they are considering legal action to stop them after becoming concerned at plans to build a revetment/seawall structure along the foreshore.

The residents say there is no reason to build the structure and that it could destroy the beach, but Glenelg Shire Council says they have had many years to raise their concerns, while other residents and businesses support the works.