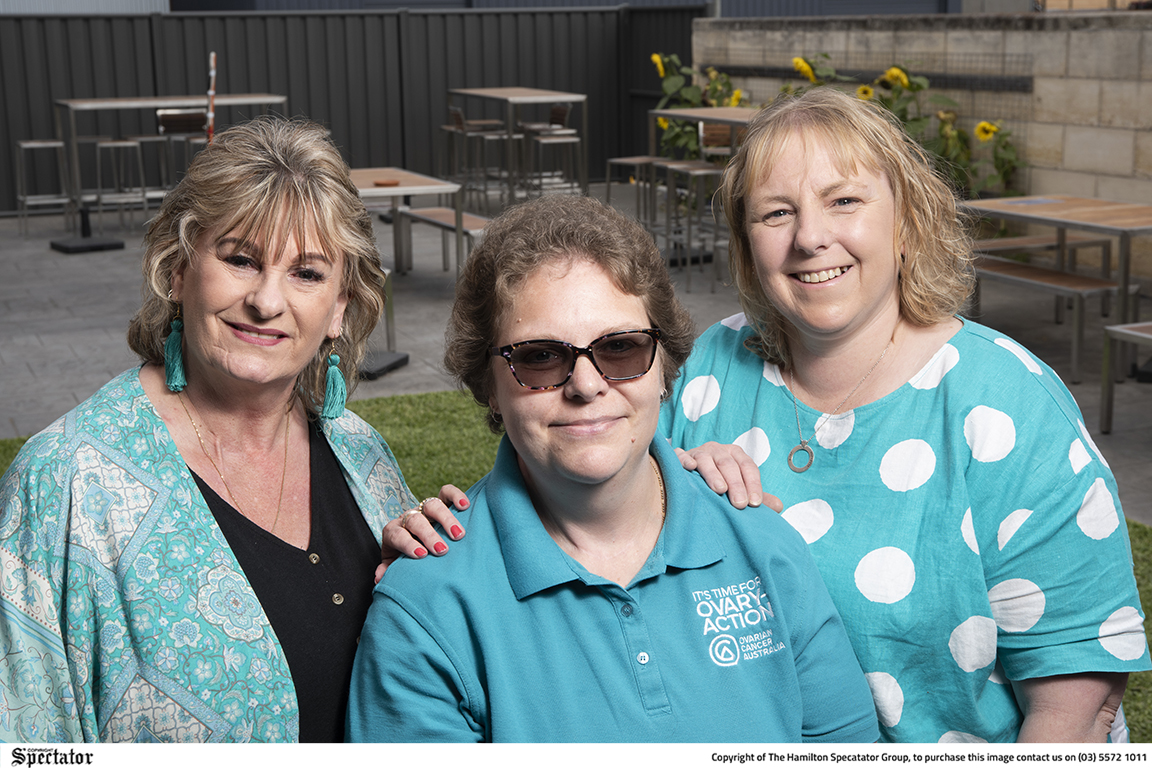 FOUR women will be diagnosed with ovarian cancer today.

It’s a devastating experience and one that many local women have been battling for years.

Joining forces tomorrow, three women will come together to raise money and awareness for ‘It’s time for an ovary-action’ at Hamilton’s Commercial Hotel.

With all funds going towards Ovarian Cancer Australia, the group hopes to educate other women about the deadly disease.

For many women, the only signs are cramps, bloating, feeling full or needing to urinate more often — all symptoms which mimic common female complaints.

For local woman, Julie Worthy, she only had very mild symptoms before being diagnosed.

Symptoms can be vague

DIAGNOSEDlow grade ovarian cancer in November 2019, the only symptom Julie had was a “tiny amount of spotting”.

“I had a hysterectomy 12 years previously, but I saw that I had some spotting and I went straight up to the doctor and they did an internal and said they there is an olive sized lump in your vaginal vault,” she said.

“They shipped straight off to oncologist in Warrnambool did a biopsy ... they soon gave me the news that I had low grade ovarian cancer.”

Unlike other more common forms of ovarian cancer, low grade grows slower and is resistant to chemotherapy.

“Because my type of cancer is so rare, there isn’t much research on it, so they hit you with everything and hope for the best,” she said.

“I had the works done; a PET scan and MRI scan to see how widespread the cancer was, initially they thought it was in my abdominal cavity but once they opened me up, they found it went right through my diaphragm and I had major debulking surgery.

“I was in the hospital for 15 days and came back to Hamilton and week five after recovering from surgery, I was onto six rounds of chemo, and I was also on hormone inhibitors.

“They now class me as NED, meaning no evidence of disease, that means they can’t see anything on the scan, they can’t say you are in remission until the five-year mark.”

Julie said she went through her journey during the height of the COVID-19 pandemic and said it was incredibly tough.

“I was completely alone for all of my treatments which made it horrific for me, but I had my treatment in Warrnambool rather than Melbourne, so it was closer to home,” she said.