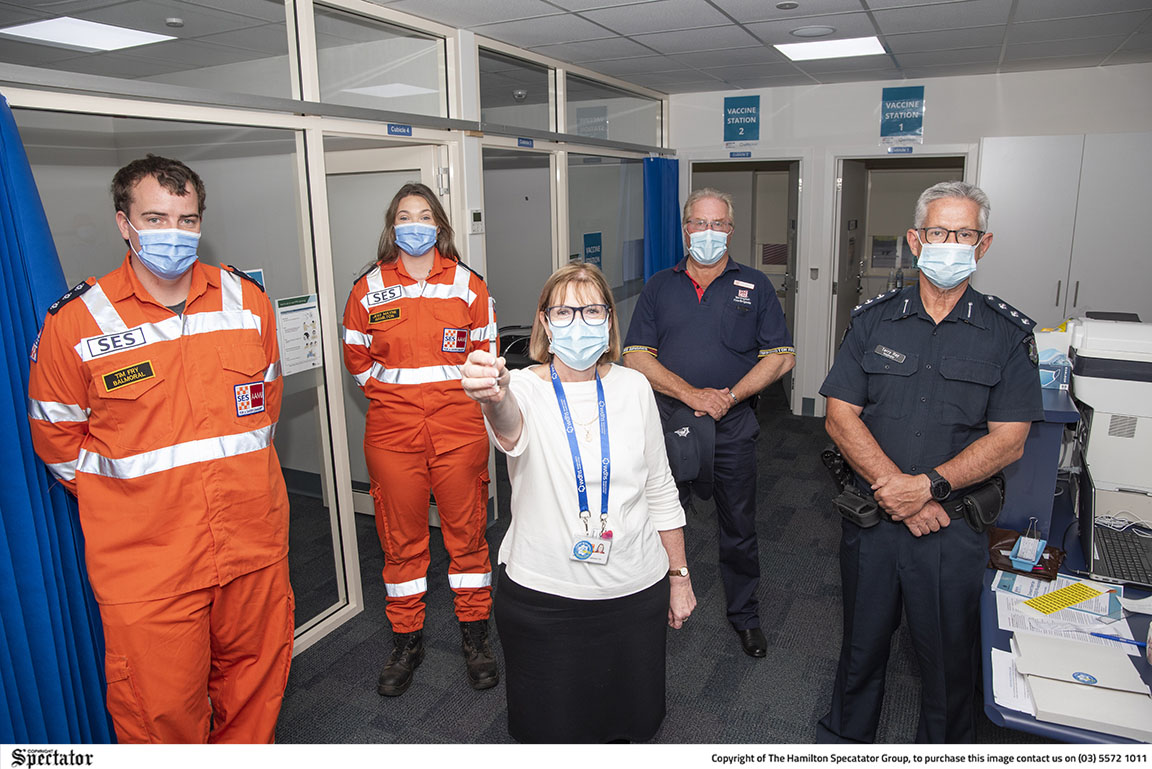 LOCAL police, SES and CFA members were among the first in the region to receive the AstraZeneca jab at the Hamilton Base Hospital this week.

More than 600 people received the AstraZeneca vaccine during the first phase of the Southern Grampians COVID-19 vaccination rollout, including healthcare staff, emergency workers, Aboriginal and Torres Strait Islanders over 55 and WDHS clients and volunteers over 70.

The AstraZeneca vaccine was the second part of the local rollout, with 200 aged care residents and frontline healthcare workers given the Pfizer vaccine this week.

Hamilton SES unit controller, John McKenzie said he was grateful emergency services personnel were included in the initial stages of the vaccination program.

“VICSES is an important part of the emergency services network in Victoria. We are grateful that WDHS has made a number of vaccines available to SES volunteers, recognising the essential role they play in community wellbeing,” he said.

Southern Grampians Police Service Area commander, inspector Terry Hay, was one of the first police officers in the state to get the jab on Thursday and said he was pleased to support the rollout.

“I am a strong advocate for getting the vaccine and encourage our members to take part in the program,” he said.

“I have every confidence in (the vaccine) and I would encourage anyone else who is afforded the opportunity to get the vaccine.”

WDHS chief executive, Rohan Fitzgerald said there was a great sense of relief knowing the community was now getting access to the vaccines that would prevent death and serious disease.

“The stakes are high and the team at WDHS brought together a huge number of moving parts to get the vaccine to those most in need this week,” he said.