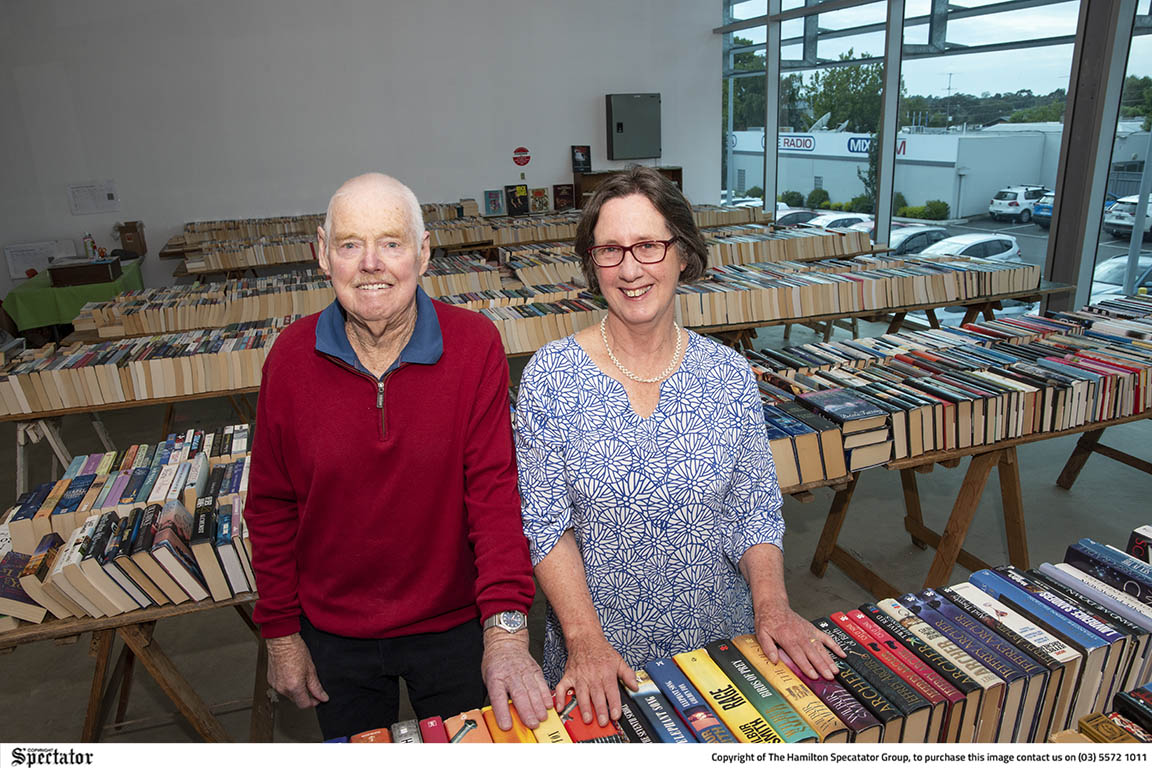 ANGLICAN Book Fair’s Neville and Susan Mason, are happy to announce they are accepting books again and have already raised over $7600 in the fair’s first three weeks. Photo: LAUREN HAY.
By Blair Burns

THE Anglican Book Fair has had a busy three weeks, having raised more than $7600 for a range of charities.

Anglican Book Fair coordinator, Susan Mason said the group was “grateful” for the community support so far and sales were tracking well.

“People have been very generous and will continue to do so, the community is wonderful,” she told The Spectator.

Ms Mason was also happy to notify the community that they were now accepting book donations.

Due to the number of books that were left over from last year’s fair, which was cancelled after three weeks due to COVID-19, the group put book donations on hold.

“After selling around 4000 books so far, we now need more books,” she said.