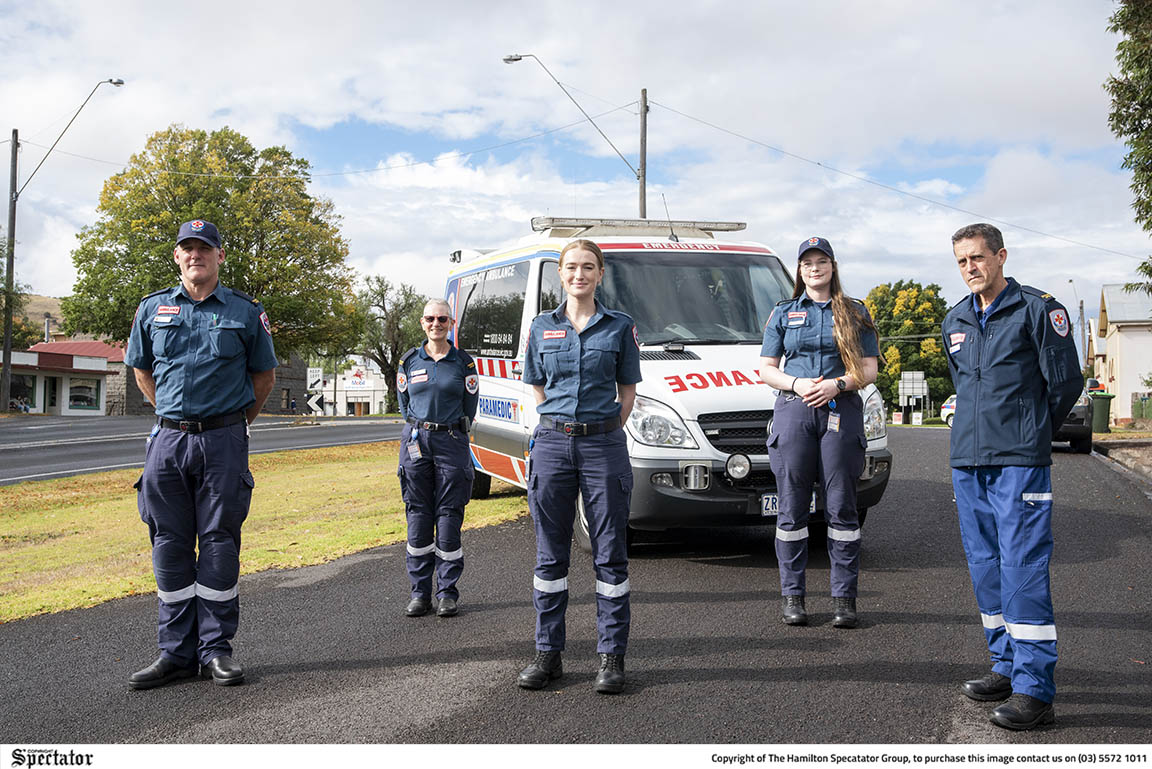 AMBULANCE Victoria is putting the call out for more volunteer first responders in the Southern Grampians’ smaller towns to help residents needing an ambulance.

The first response teams allow for a quicker response when Triple Zero is called, as local ambulance community officers are able to attend callouts and provide early support for patients while paramedics are on route.

Southern Grampians paramedic community support coordinator, Jim Falla said the service was hoping to double the number of ambulance community officers in each of the four teams.

“Currently in the Southern Grampians we’ve got four standalone first responder teams in Balmoral, Coleraine, Penshurst and Glenthompson (and) we’re looking to recruit new members for all of those teams, so that we can provide a 24-hour first response service to the community,” he said.

“Those first responder teams play an important role in supporting the community … and ensuring the level of healthcare is equitable to the big city.

“They’re able to get to a callout quickly and provide lifesaving treatment or first aid if it is needed, until they’re backed up by a paramedic, who is usually coming in from Hamilton but sometimes even Warrnambool or Ararat.

“Having that early first response is really important.”