A great day for a great cause 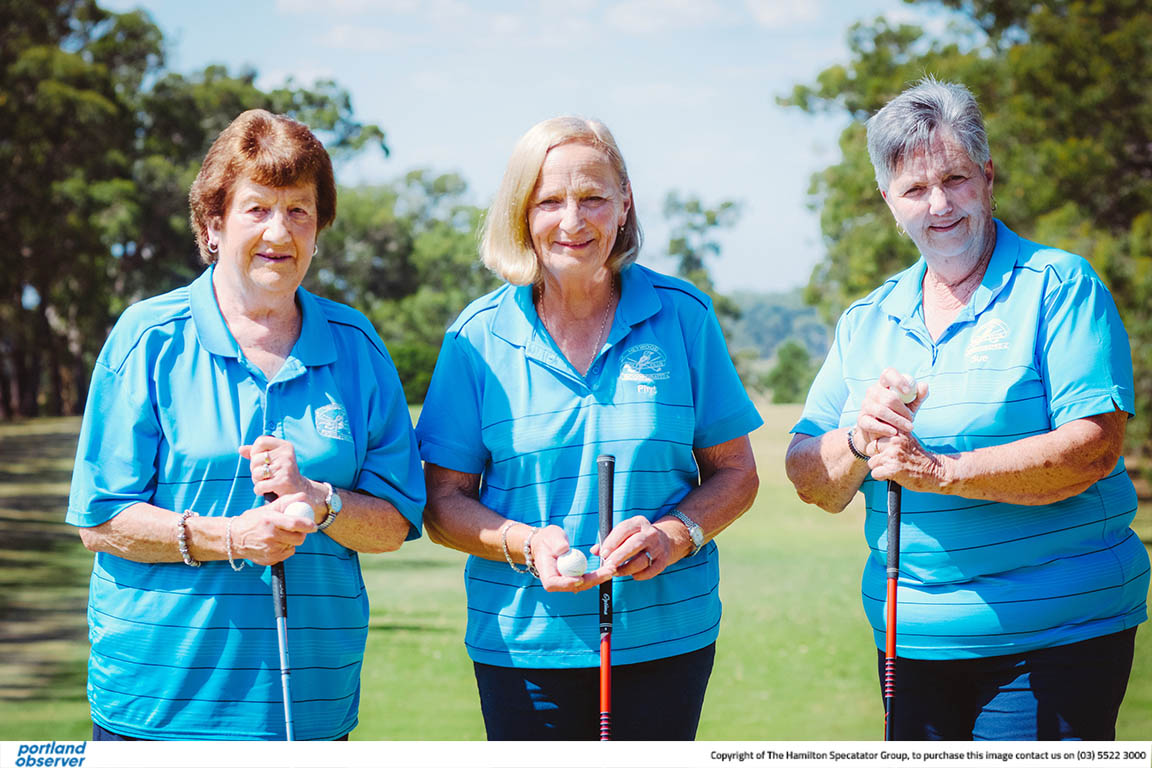 HEYWOOD Golf Club’s charity day for the Royal Children’s Hospital Good Friday Appeal has been a big fundraiser for several years, but there’s an extra dose of inspiration to make the event a success this year.

And that’s without taking into account a welcome return after the coronavirus pandemic lockdown caused the 2020 event to be cancelled.

Golf club members Phyl Prescott, Betty Koenig and Sue Storer have taken over as co-ordinators of the event following the passing of long-time organiser Wendy Rogers.

“She did a fantastic job and we’ve taken over the baton to keep it running,” Ms Prescott said.

This year the connection to the appeal will be even closer – the face of the statewide fundraiser is two-year-old Malu Hunt, whose grandfather Colin Johnson is a member of the club.

As reported in the Observer last year, Geelong-based Malu, whose family hail from Heywood and Portland, underwent a surgical procedure in July 2020 where doctors took out part of his brain to help correct a brain development abnormality.

His grateful family and friends then began raising money for the hospital.

This time around the event, to be held on Good Friday (April 2), will have a few coronavirus-related differences from the past.

“We’ve had a hard time this year trying to re-organise it within the COVID restrictions,” Ms Prescott said.

“Usually we have three barbecues on the way round, but this year we’ve cut back to one, run by the (Heywood) Lions Club which will be stationed near the club house.

“They’ll have a donation box on their table. We’ll also have donation boxes at the bar and in the office.

“We’ll have QR codes (for donations) so people can also make donations online. Even though it’s online it will be added to the Heywood tally on the day.”

The usual auction has been ruled out but there will be a silent one – with at least 10 sides of lamb up for offer – as well as a couple of raffles.

Competition will be a four-person Ambrose (with a maximum of 32 teams), there are no handicaps required.

“You can bring non-golfers and have a hack around,” Ms Prescott said.

Entry is $25 per person, with $20 of that going to the appeal, the rest to the club to cover costs.

There is no BYO alcohol, which can only be bought on course after noon.

All tee bookings must be done through www.bookatee.com.

Meanwhile, Heywood Good Friday Appeal organiser Maureen Gray is hopeful it will be close to business as usual for the appeal collection in the district on Good Friday.

She was still finalising whether the fire brigade would be available and there is likely to be the usual collection around Drumborg and other outlying districts.

“We might not get around all the area, but we will get a bit of it done,” Mrs Gray said.

“If people are a little bit unsure about taking part, we won’t push them, but people can also donate online now (through the Good Friday Appeal website), and just identify they are from Heywood.

“We also have the QR code which people can scan and donate that way.”