Doctor urges locals not to be put off by ‘misinformation’ 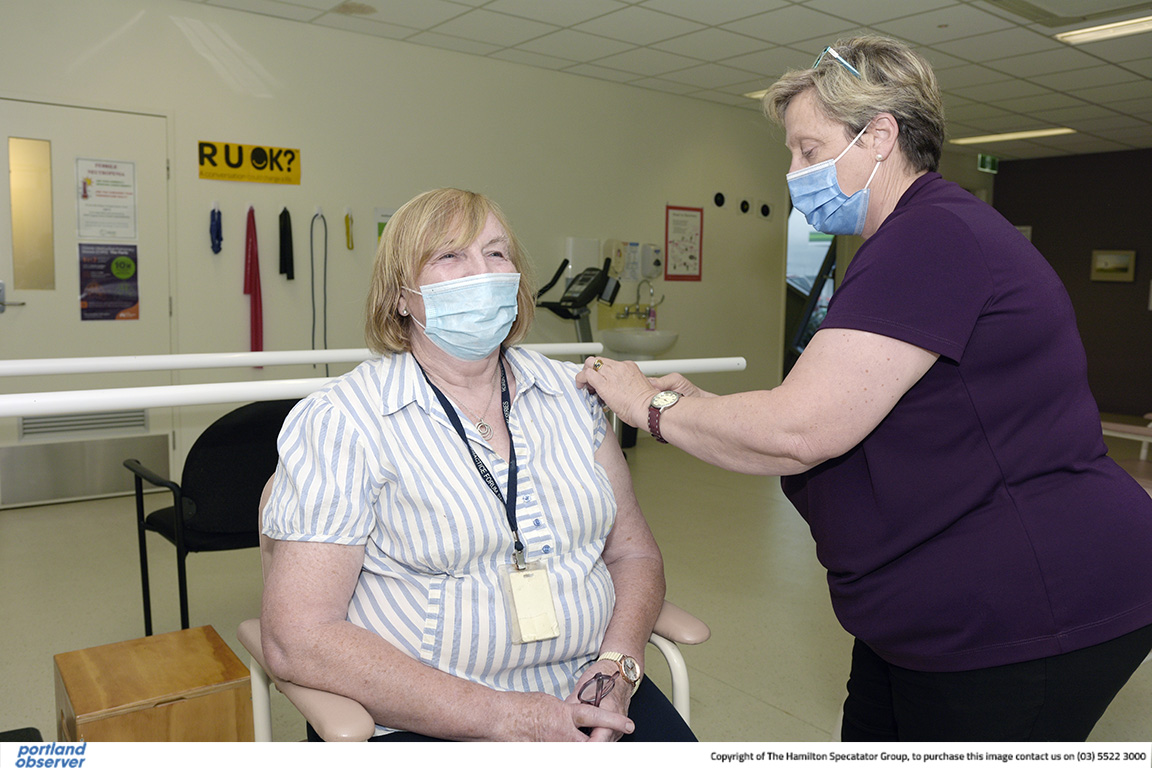 A PORTLAND doctor is urging locals to make sure they get the coronavirus vaccine after several eligible people refused the offer on the first day.

Active Health Portland began the vaccination program for the general public earlier this week but was concerned with the numbers of people turning down the opportunity.

The first group to be offered the AstraZeneca vaccine are those aged over 70.

Long-serving GP Ann Dunbar, who is in that group herself, said there had “been a lot of misinformation around the vaccine”.

“I’m worried that people are turning it down,” she said.

“From all evidence it’s very safe. There are some side effects, but the side effects are a lot less than COVID.”

The AstraZeneca vaccine had been suspended in some countries because of reports of blood clotting, but most of those have resumed using it.

“There’s a lot of worry about blood clots but it has been cleared by the various agencies that have looked at it,” Dr Dunbar said.

“There were 35 cases in 17 million people who got the vaccine and that’s less than what you would see in the normal population.”

Dr Dunbar said Australia’s relative lack of exposure to the virus could be playing a part as well in why people were reluctant to get the vaccine, which is administered in two doses 12 weeks apart.

“My son is an infectious diseases expert in the UK and I was talking to him about people refusing the vaccine and he said Australia hasn’t had enough pain,” she said.

Active Health is carrying out the vaccination program for most local practices (Seaport Medical Centre is also due to start its own program on Monday).

Practice manager Jamie Tippett said cases were prioritised to fit in with the number of vaccines supplied each week.

“We’re just calling people as we go and also liaising with other practices to assist their patients getting their (shots),” she said.

“We’re obviously encouraging everyone to come in and have the vaccine when they’re available.”

● Meanwhile, there will be a further easing of the state’s coronavirus restrictions from 6pm today.

They will still be needed to be worn on public transport, in taxis and rideshare vehicles and aged care facilities and hospitals.

Up to 100 people can be hosted in a home each day, increasing to 200 outside, such as at beaches or parks.

Density limits remain for the hospitality industry, while twice as many people will be able to go to unstaffed gyms and there is no restriction on numbers for outdoor and indoor physical recreation or fitness classes.

While workplaces must still abide by density limits they will no longer be required to permit employees to work from home.