Doing it for the kids 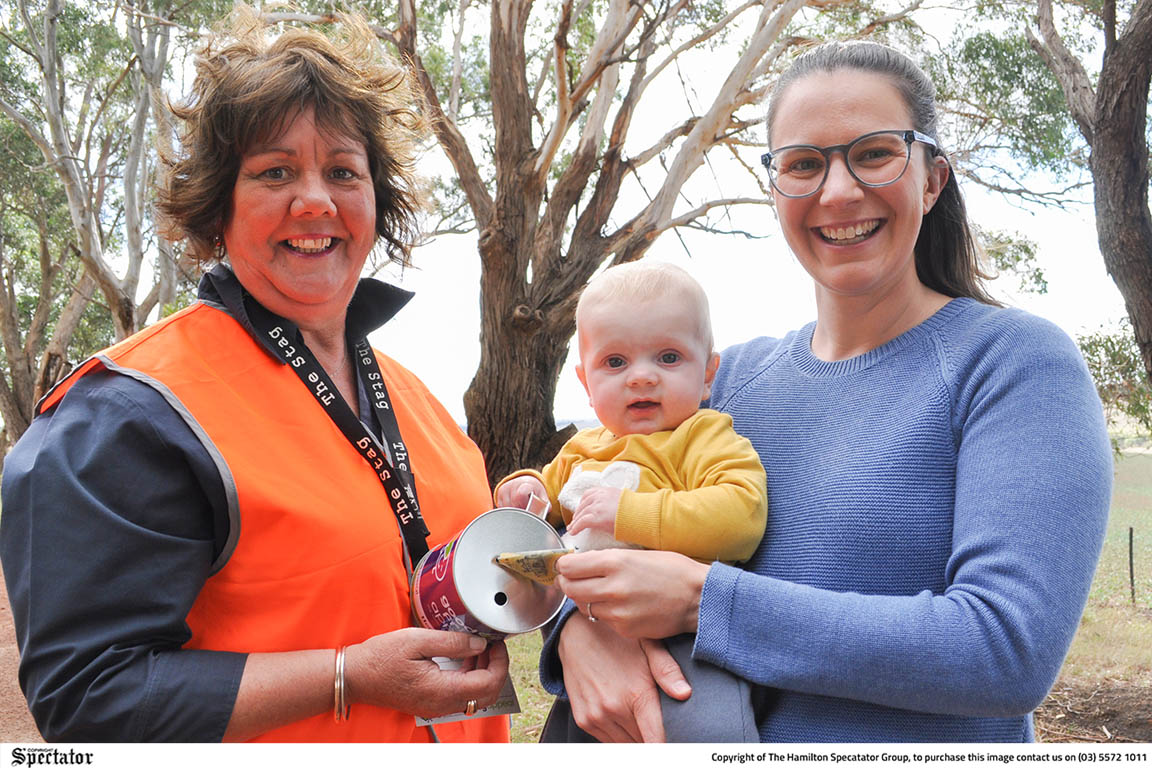 MACARTHUR and District GFA coordinator, Sandra Addinsall, with help from community members such as Penny Mather and son, Walter French, 6 months, are working together to raise funds for the Royal Children’s Hospital. Photo: TARA FRY.
By Campbell Kirwan

THE 90th anniversary of the Royal Children’s Hospital Good Friday Appeal (GFA) will look different this year for local branches which have been forced to come up with creative ways to help raise money.

The Macarthur and Willaura branches have had to plan their Good Friday fundraising activities in accordance with ongoing changes in COVID-19 restrictions.

The Willaura branch has been forced to cancel its annual Family Fun Day, as regulations have made the event too hard to organise confidently in a safe manner.

“It’s disappointing and very challenging with the rec reserve having a major upgrade, it was just too hard this year,” she said.

Instead of the family day, the branch will run a virtual tin shake, raffle at the Willaura Bakery, and a silent wood auction with five different wood donators.

“It’s a very good cause and we’ve been going for many years now,” Ms Byron said.

“We’ve had lots of donations coming in this year and a lot of bids so far on the silent wood auctions - we’ve had up to $2000 in deposits in the last week.”