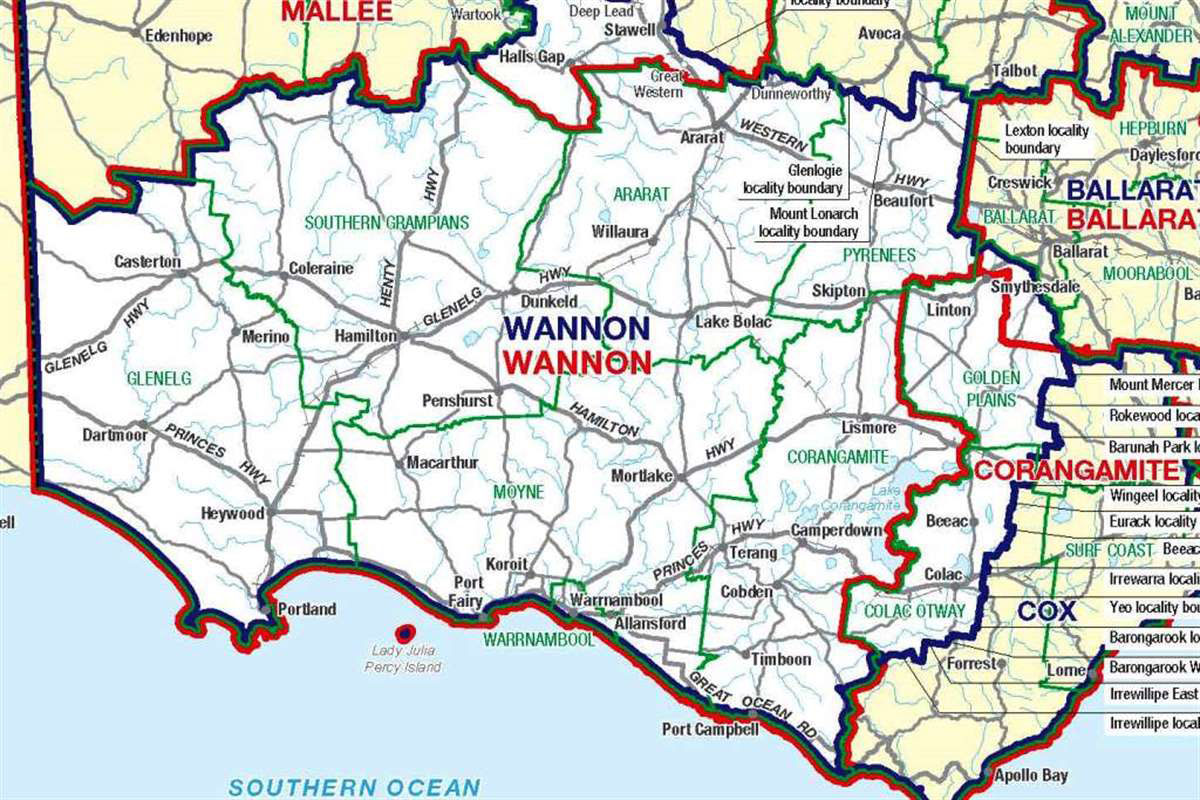 THE Australian Electoral Commission (AEC) is calling on the community to share its feedback on the proposed new boundaries for the state’s federal electorates.

Last week the AEC’s Victorian redistribution committee published its report on new names and boundaries for the state’s electorates.

The review was required with the state set to grow from 38 to 39 electorates ahead of the next federal election due to a population increase.

“Ongoing population growth in parts of Victoria has led the redistribution committee to propose a number of substantial changes to some of the state’s electoral division boundaries.”

The Wannon electorate would see some small changes to its boundaries under the proposed redistribution.