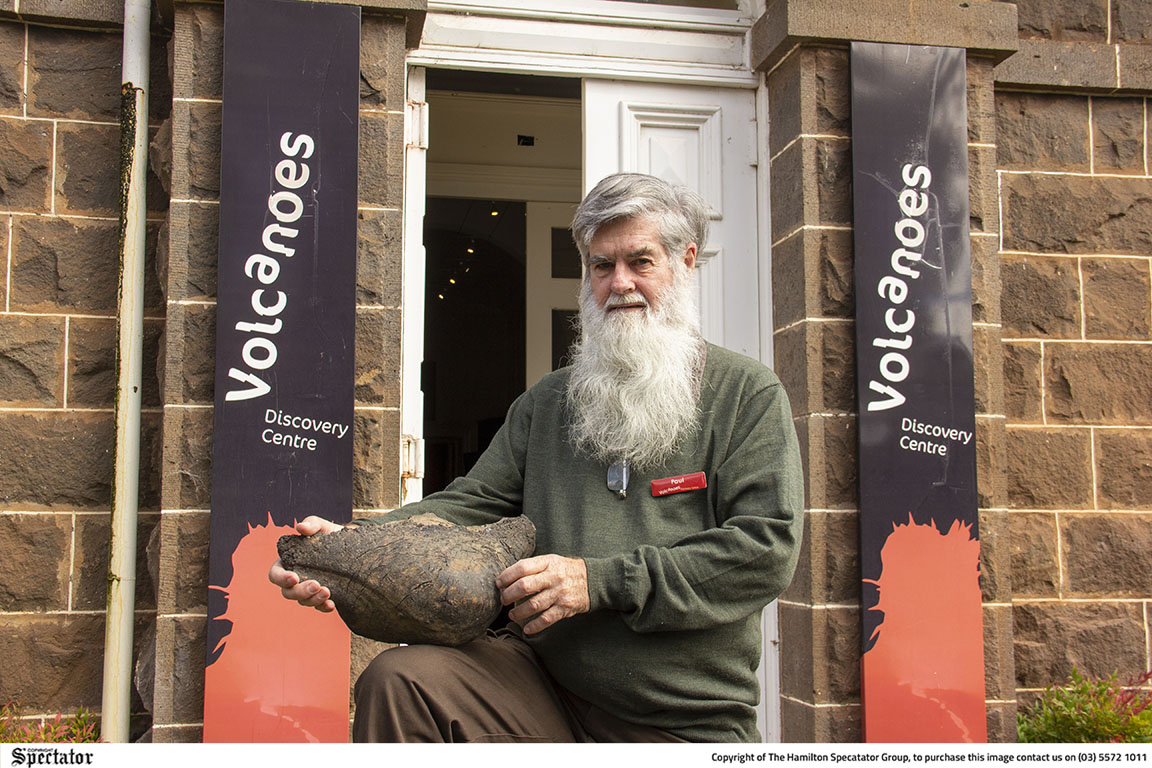 PENSHURST display is just a stone’s flow away, as the Volcanoes Discovery Centre president, Mr Callander shows off a lava-covered rock “bomb” thrown into the air with the molten fluid “freezing” before landing on the ground. The centre has secured funding for significant upgrades to be completed mid-way through next year. Photo: MARK RABICH.
By Mark Rabich

PENSHURST Volcanoes Discovery Centre (VDC) is set to expand and improve its displays with a substantial injection of funding by way of a $290,000 grant from the State Government.

The centre is one of 30 infrastructure projects receiving a share of $46 million allocated for regional development announced by acting premier, James Merlino.

Part of the Victorian Government’s Regional Tourism Investment Fund - Stimulus Round, the funding will be used to develop a high-quality visitor experience of the scientific, geological and historic interests of the area’s landscape.

The funding is also boosted by an additional $38,000 from the Southern Grampians Shire, bringing a smile to VDC committee president and geologist, Paul Callander.

Since the announcement, he had spoken with other members of the VDC committee - who had also raised $2000, bringing the total to $330,000 - and said they were all “extremely happy”.

The focus will now turn to putting the funding into tangible improvements.

“It’s just a matter now of putting together the group which will oversee the project, which will consist of ourselves and the shire and probably an appointed project manager, because it’s a big enough project and will require proper oversight,” Mr Callander said.

The VDC was the only tourism facility in south-west Victoria to receive one of these first grants from the Regional Tourism Investment Fund.