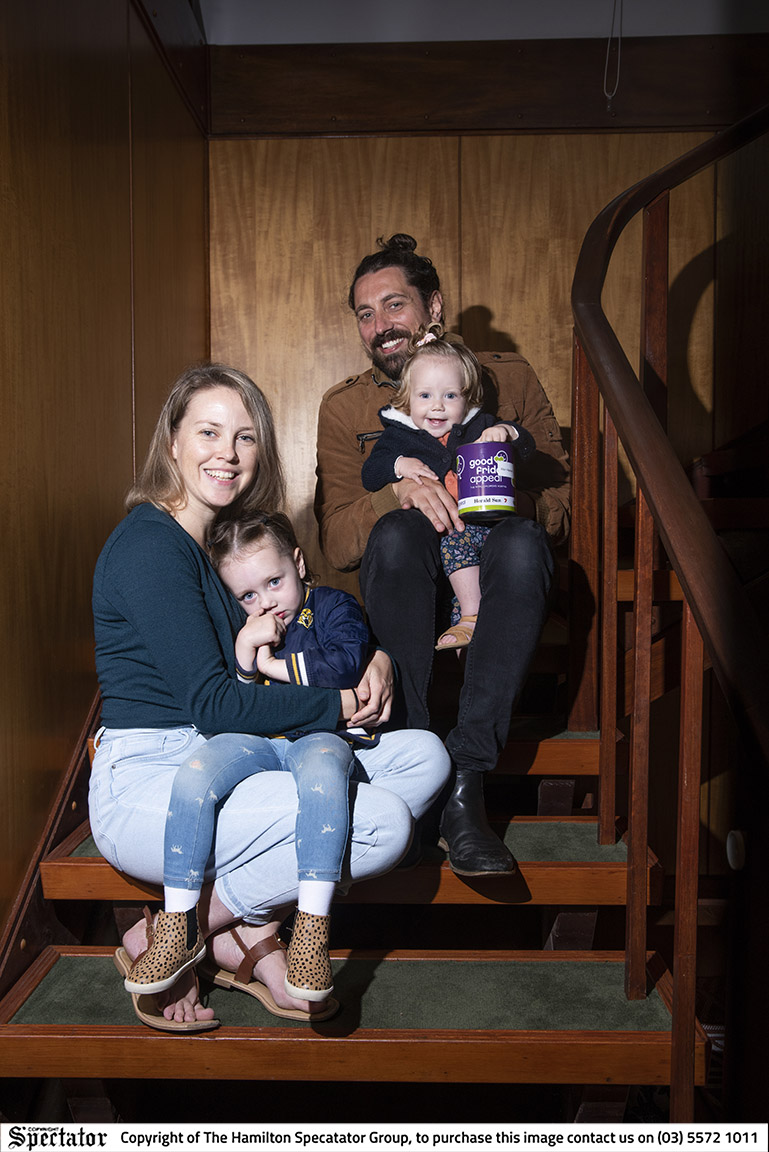 ETERNALLY grateful for the facilities and service of the Royal Children’s Hospital are Jess and Adrian Calvano with their daughters Bonnie, 3 and Giorgina, 1. The money raised from the Good Friday Appeal helps to save many kids like Bonnie, every year. Photo: LAUREN HAY.
By Blair Burns

IN the lead up to Good Friday, many families give to the Good Friday Appeal and reflect on the outstanding service the Royal Children’s Hospital (RCH) provides – this is a special and emotional time for families who have spent time there.

The Calvano family, Adrian, Jess, and daughters Bonnie and Giorgina, will spend Good Friday together, thanking their lucky stars for the incredible staff and facilities at RCH that saved the life of their eldest daughter, Bonnie.

On Christmas eve last year, the family’s world turned upside down when their three-year-old Bonnie became ill, a week later she was in the RCH receiving treatment for a retropharyngeal abscess in her neck.

Adrian and Jess sat down with The Spectator to share Bonnie’s story.

“There are a lot of families that have been through worse than what we went through, but I can only tell you our story,” Adrian said.

“Around Christmas time last year, we noticed our little Bonnie was sleeping all the time and just wasn’t quite herself, so we knew something was up.

“So, we started off at the GP, Hamilton is probably lacking a bit in paediatric services, especially over Christmas time so we were transferred to Warrnambool.

“There we noticed a similar kind of circumstance where a lot of people were on leave and they couldn’t quite figure out what was wrong with her.”

Jess said Bonnie was initially going to be discharged from Warrnambool, but her condition declined and she was airlifted to RCH.

“She went downhill in a few hours and then they said she needed to be admitted to Royal Children’s Hospital,” Jess said.

Farmer up for national rural women’s award
10 hours ago

Back to school
10 hours ago

Crowds a chance at Penshurst
11 hours ago