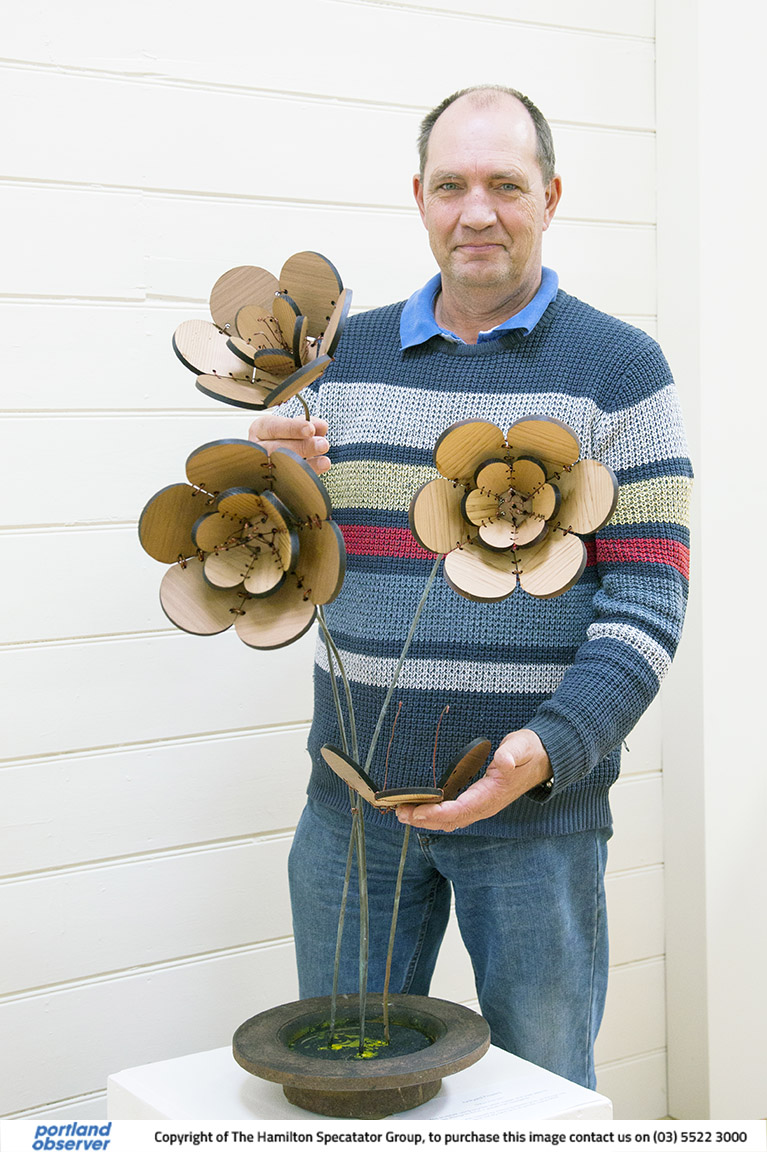 THEY came, they saw, and they had a great time as the opening of an ambitious new entry on the Portland arts scene went off in great style on Sunday afternoon.

About 140 people took part in the inaugural TRAILS sculpture exhibition around the Portland CBD, starting off at the Julia Street Creative Space and using a map to visit 35 sculptures, no larger than 1m by 1m, placed in various city businesses.

Along the way, split into two groups, they stopped in three ‘hosting stations’ for refreshments and before they went out got to hear who won the major prizes, and later listened to Rosalea Collins and Nicole Evans providing musical entertainment.

The five-week exhibition is the brainchild of Robyn McDonald, who was delighted with the way the opening turned out.

“It was just incredible, there was just this incredible energy and buzz and people were so excited,” she said.

“I think it was all about the idea of doing it as a group and people being able to get out and do something.”

And the idea of the trail – not only to promote works of art but to promote local businesses – seemed to be vindicated, as attendees had to scour shop windows to see the sculpture, giving them an insight into what the business had for sale.

“They all said ‘you’ve chosen the windows so well, we actually had to look for it (the sculpture)’,” Ms McDonald said.

“That to me was really pleasing, it achieved its purpose of supporting businesses and art.”

Andrea Bolte was one of those who walked the trail, and she was enthused by what she saw.

“The passion, vision and creativity of the artists is on par with those I experienced whilst visiting the 2019 Venice Biennale Arte,” she said.

“I’m looking forward to retracing my steps on the TRAILS route again.”

Ms McDonald said she encouraged people to walk the trail at night time as well as day, which would particularly highlight some of the works.

Trail maps can be obtained from any of the participating businesses, Julia Street Creative Space or the Portland Visitor Information Centre.

First prize of $6000 went to Warrnambool sculptor Barry Tate for Noah’s Ark, while local Andrew Walsh was runner-up and won $3000 for Flow.

Those works can be seen in Portland Studios and Gazebo Hair respectively.

There is also a People’s Choice award, and the winner of the $1000 prize will be decided when voting (at the Julia Street Creative Space) closes at the end of the exhibition on May 2 – one lucky voter will also be drawn to win a $100 gift voucher from Clock by the Bay.