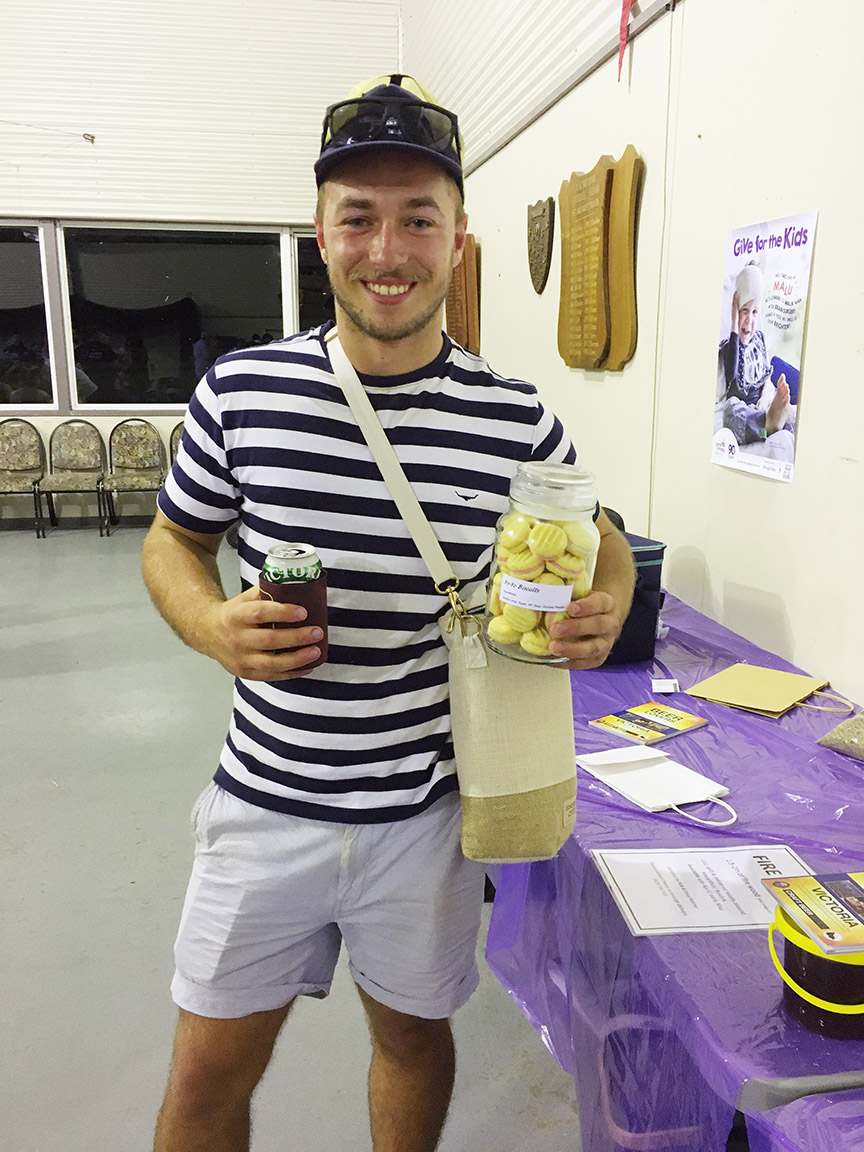 KYLE Smitten was the winner of the second lot of yo-yo biscuits at the Macarthur GFA fundraiser on Friday, buying the jar for $620. Photo: SUPPLIED.
By Tara Fry

Macarthur GFA coordinator, Sandra Addinsall was “over the moon” with the final tally, thanking the wider community for its continued support.

“We do it for the kids,” Ms Addinsall said.

“It’s just amazing how people are so generous.”

Ms Addinsall and her team of helpers walk the street shaking tins and run small raffles throughout the year in the lead up to the main event on Good Friday.

With a dinner and auction at the Macarthur Recreation Reserve, Ms Addinsall thanked the many volunteers who helped pull the night together.

“Thank you to my team – what a great team we are,” she said.

“You are only as good as the people behind you.

An auction followed the dinner, with a variety of items all donated by local businesses and families, selling for more than $15,000.

THE Greater Hamilton community came together after a tough year to donate generously to the Royal Children’s Hospital Good Friday Appeal (GFA).

The 90th anniversary of the GFA saw local volunteers doorknock, tin-shake and collect donations that totalled $28,115 over a two-week period leading up to Good Friday.

Hamilton’s GFA area manager, Allan Hadden said he was “really grateful” for the community supporting the appeal and helping such a worthy cause.

“Coming out of COVID I think it was exceptional - people donated big and opened their wallets and purses and for that we’re really grateful,” he said.