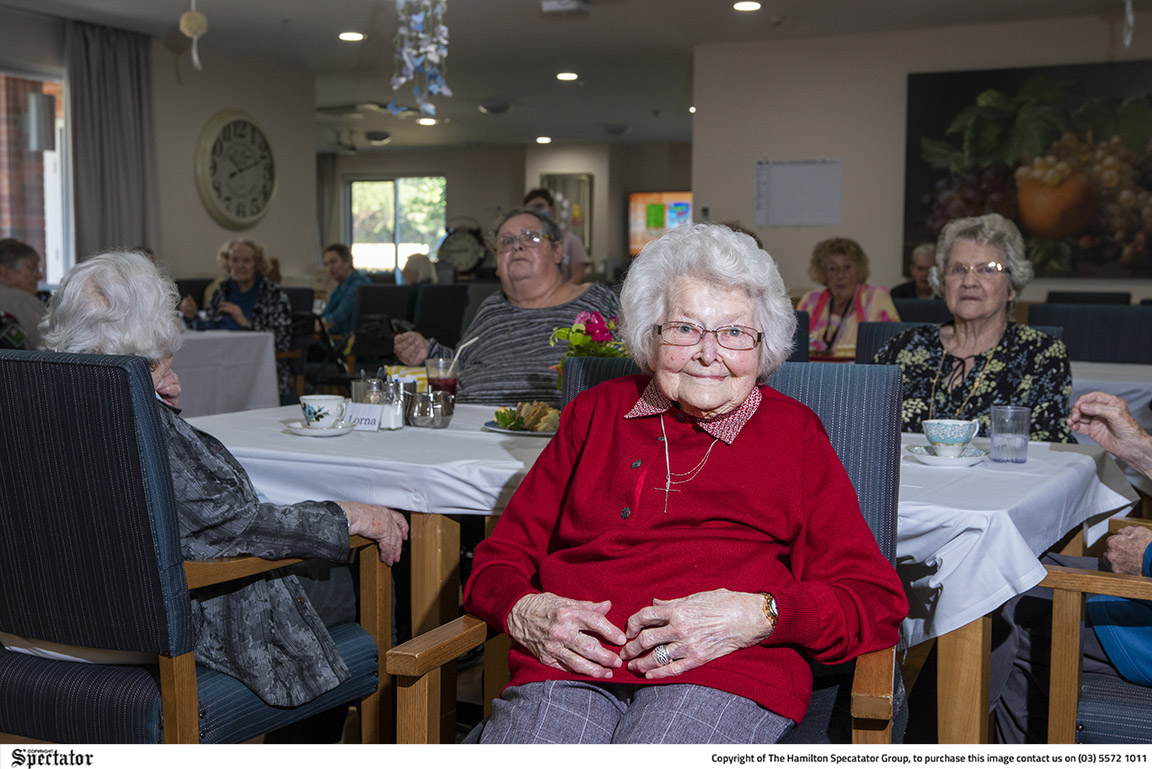 Staff and residents held a lunch and sang ‘Happy Birthday’ to Ms Tuffnell on the day.

“I have got some cards today and the flowers have just come, they are very nice,” she said.

Ms Tuffnell grew up on a farm in Henty with her three brothers; Russell, Jack and Stan.

She went to school at a catholic school across from where the Casterton Golf Club now sits.

“My husband was a return soldier and took on a settlement block when he came home,” she said.

She reminisced on some of her favourite memories taking her as far back as World War II when her husband came home.

“Going back to when Ted was in the army and I was at home with mum and dad, when he came home from the army, going down to Henty on the settlement block was a great time - we also bought another block,” she said.

“Ted was in Darwin, he went there for the first raid and was home for the last raid, then he went over to the islands.