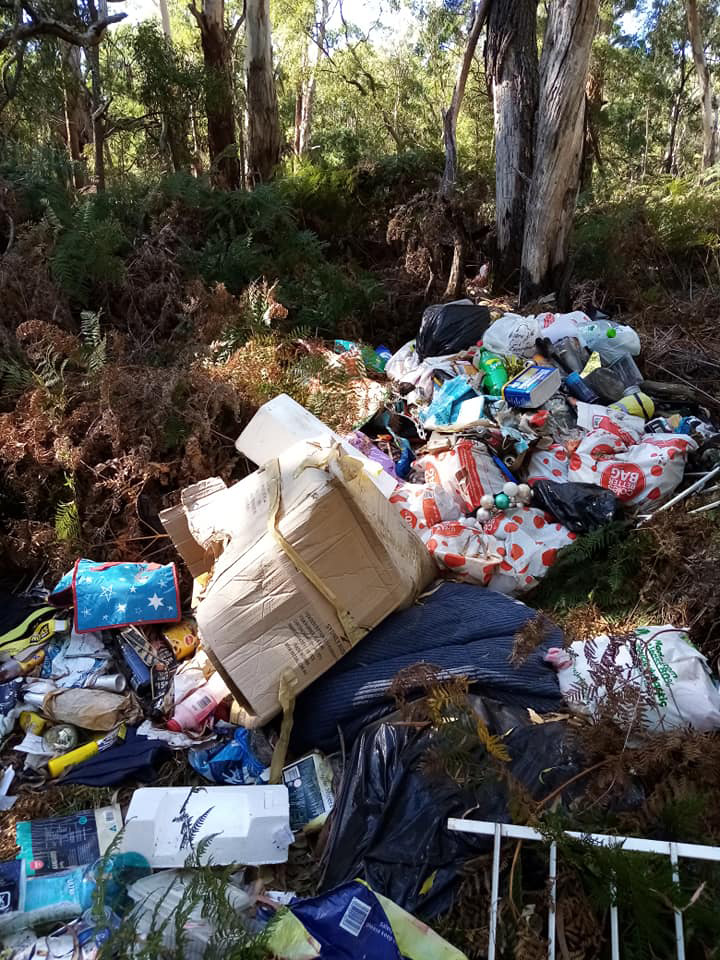 Hamilton’s Kim Jacobson came across the mounds of rubbish on Monday off Coles Track and posted images of the mess on Facebook to show her disgust.

Her post was met with an incredibly united view from the community - “disgusting”.

Ms Jacobson reported the large piles of litter to Parks Victoria on Tuesday, sending photos and a map of where the rubbish was located, but was yet to receive a response at time of print.

Ms Jacobson’s post to the ‘Hamilton Victoria’s Community Group’ Facebook page received a huge response from the community, with one Facebook user saying they reported the issue to Parks Victoria on March 14 and was “sad to hear nothing’s been done about it, even though I gave them a thorough description about where the dumped rubbish was located”.

“I got the impression they would prefer to have photos emailed to them and I didn’t think to take any on the day,” the comment continued.

“(I) left my mobile number with them in case they wanted more info and I’ve heard nothing since.

“You’d think something would’ve been done about it by now, but perhaps they need another nudge.

“The local wildlife are getting into it, so who knows what they’re eating.”

Farmer up for national rural women’s award
11 hours ago

Back to school
11 hours ago

Crowds a chance at Penshurst
12 hours ago