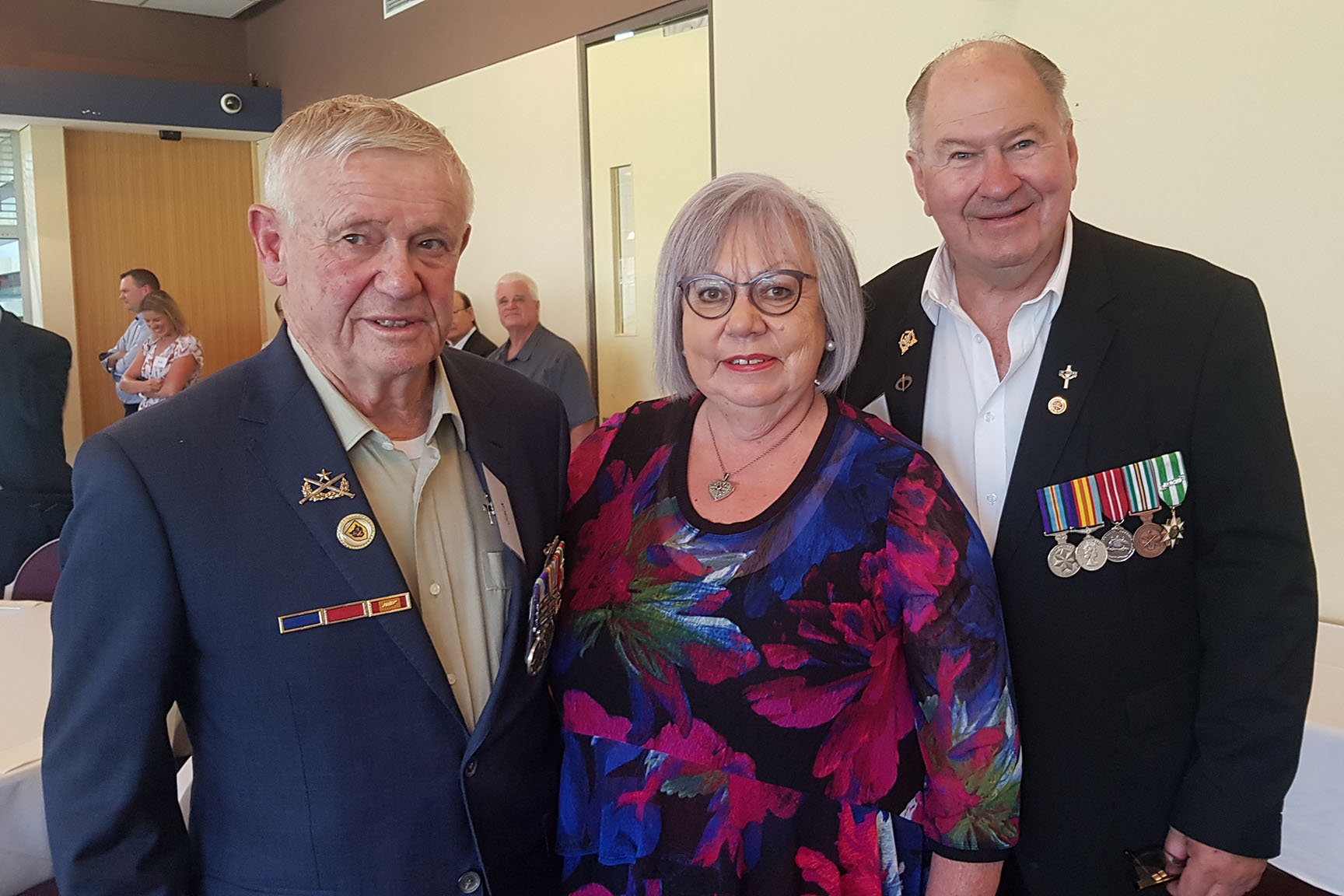 JACK Lake (left) and Greg Carter (right) at the launch of the book, Reflections on Vietnam, in which their stories both feature. Mr Carter was accompanied by his partner, Gillian McCann. Photo: SUPPLIED.
By Blair Burns

MACARTHUR war veteran and Cockatoo Rise Retreat owner, Greg Carter, recently travelled to Sydney for the launch of a new book, Reflections on Vietnam, which features accounts of his personal experiences and stories from Vietnam, along with chapters about 11 other veterans.

Mr Carter said the launch of the book and reading through it with other veterans on the day “brought some emotions back”.

“People were doing things in Vietnam that I didn’t even know existed, so it was very interesting to learn about what their roles were,” he said.

While it was very difficult for some of the veterans to open up on their experiences and tell their story, Mr Carter said it wasn’t as difficult for him as he had always shared his story with others.

“The best way to start dealing with issues is to talk about it,” he said.

Ray Clarke, who compiled the book, lives in Sydney and said the idea started nearly a decade ago.

The book consisted of 330 pages detailing individual experiences from 12 different veterans and how they saw the war through their eyes.