Yacht runs out of wind, fuel 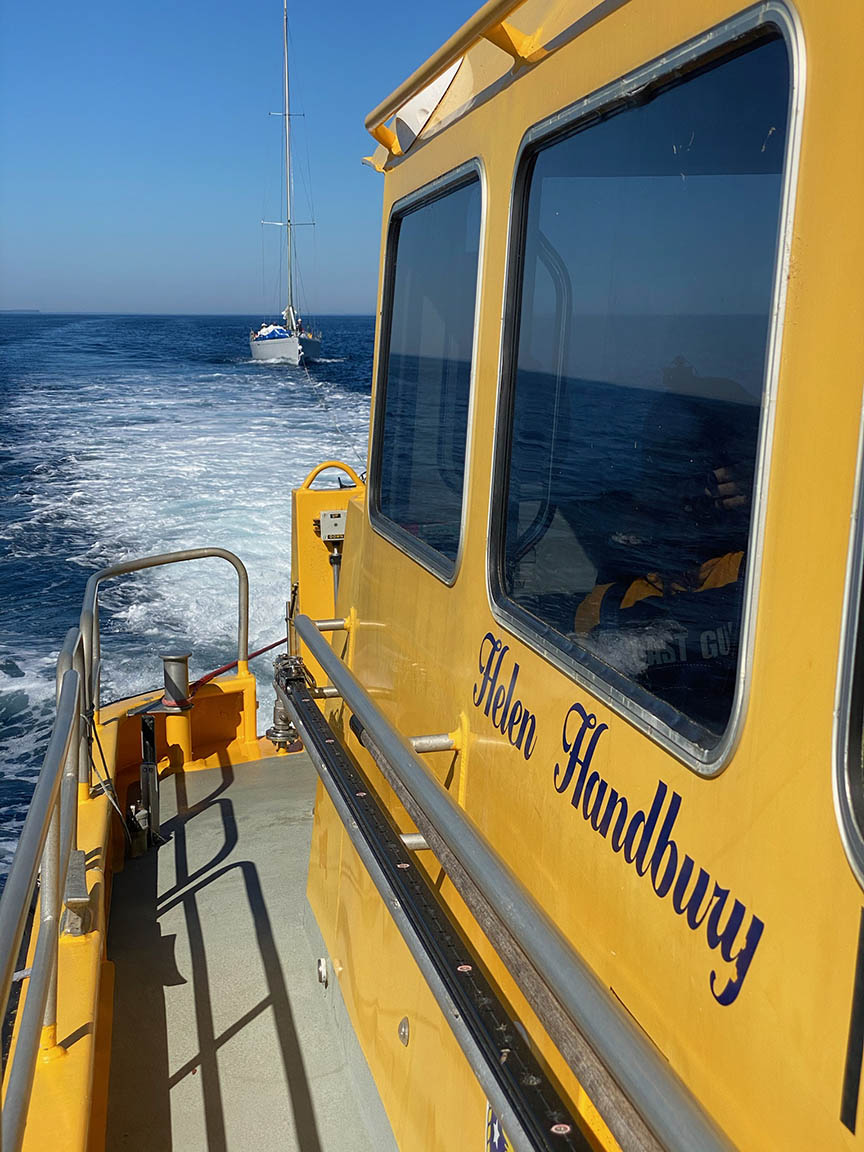 RUNNING out of wind and diesel wasn’t enough to ruin Good Friday for six yachtsmen after they were rescued by Portland’s volunteer Coast Guard.

Australian Volunteer Coast Guard Portland Flotilla spokesperson Shirley Stanford said the six men were sailing to Adelaide after the 13m Beneteau vessel had been purchased in Sydney, however they got into trouble when they were becalmed when winds disappeared.

“They were in 40m of water so couldn’t drop an anchor and were drifting out,” Ms Stanford said, adding that they were about 7km offshore at the time and 12km from Portland when they were rescued mid-afternoon on Friday.

“It’s always interesting towing yachts – you don’t need a sail for a yacht to move.”

She said the sailors were “stoked” to see their six rescuers on the flotilla’s vessel the Helen Handbury.

An additional three volunteers assisted in securing the vessel to their berth while they refuelled.

The sailors then continued on their journey.

The volunteers were also holding their weekly training session on Saturday when they were flagged down by three local people on a timber fishing boat at 11.30am.

Their boat had fuel issues and was quickly towed ashore from outside the KS Anderson wharf into Portland Harbour.

Ms Stanford said given the number of people out on the water over the weekend volunteers were pleased at how few assists were required.

“The quality of boats has improved over the past few years,” she said, adding that police blitzes may also have encouraged more people to be better prepared before they put their boats in the water.