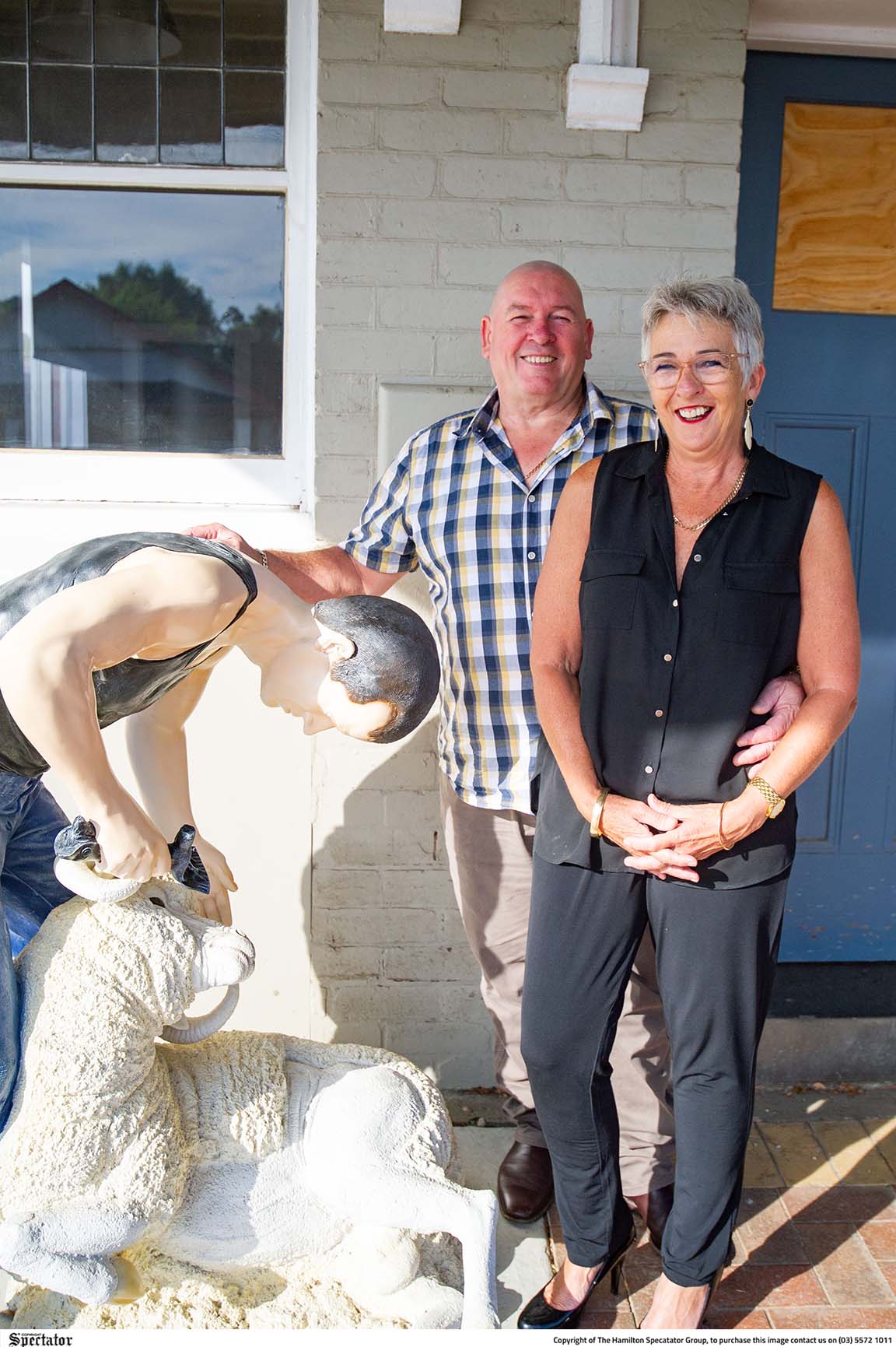 THE streets of Coleraine have come alive with 15 new animal figurines which have recently been installed, Bernie and Fran Malone are happy to see how their initial idea has progressed into a reality. Photo: BLAIR BURNS. 210408bb001
By Blair Burns

COLERAINE’S landscape has been brightened up by 15 animal figurines that can be spotted down the main street and all around the town.

The idea of bringing the figurines to the town was first introduced by locals, Fran and Bernie Malone over a year ago, as a way to give the town some attractions, this goal was achieved a couple of weeks ago when they were installed.

Ms Malone said they had received lots of feedback on Facebook, the overwhelming amount of it was positive and about how much people loved them.

Both were excited for the figurines to finally be installed after working on the project for over a year – the figurines included a shearer, horse, cow, kangaroo, ducks and many others.

She said the idea first come about when the pair saw lots of people travelling through the town without stopping, especially caravans.