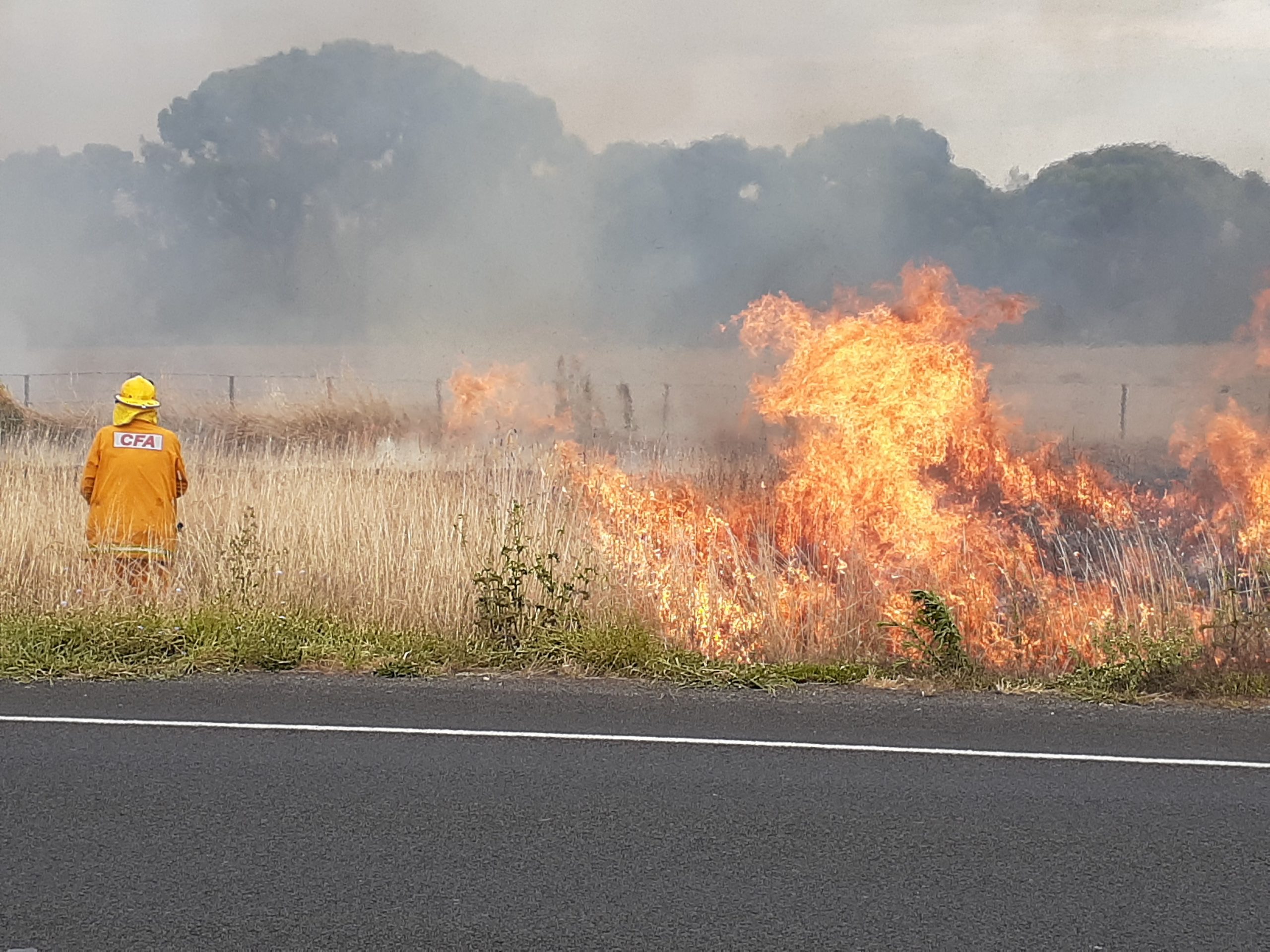 ROADSIDE fuel reduction burns like this recent one at Muntham are part of preparing the region for next summer. Photo: SUPPLIED.
By Mark Rabich

AUTUMN means cooler weather and the opportunity for fire reduction burns and CFA District 5 leaders are actively working to ensure these are completed safely as restrictions ease.

With two small stubble fires on properties in Byaduk and Purdeet getting out of control on Thursday and an ongoing operation of roadside fuel reduction in the area, the fire district headquarters in Hamilton is entering a busy time of year.

“They were brought under control fairly quickly,” he said.

“The one at Purdeet burned into a summer crop which assisted. In that area there was a very quick response by both CFA tankers and private units.

“It was great to see a concerted response by all those people in that area to pull that fire up.

“Similarly, the fire in the Byaduk area the local brigades attended.

“Fortuitously we had relocated two fire bombing aircraft to Hamilton (Thursday) because of the increased fire danger and those aircraft were able to respond to both fires and assist.