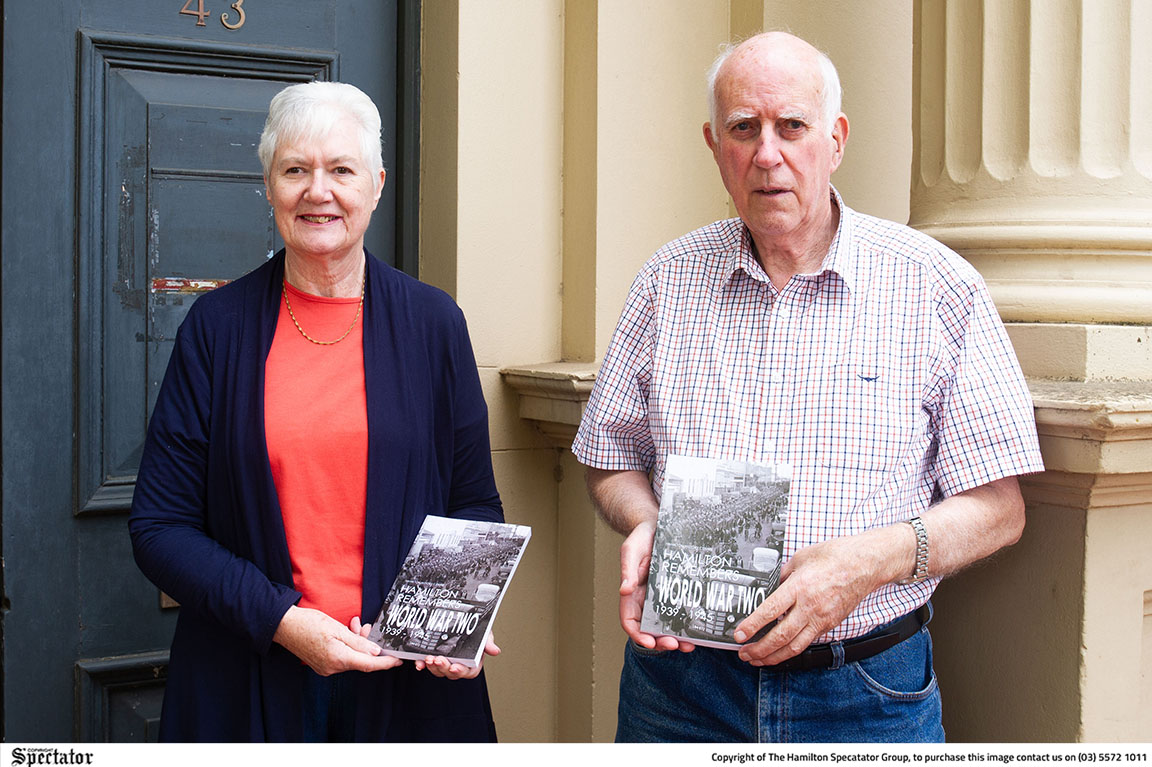 THE Hamilton History Centre published a new book on Thursday about the role Hamilton played during World War Two (WWII).

‘Hamilton Remembers World War Two’ details the effects of WWII on the Hamilton District and how its citizens were still affected by events overseas, despite being nowhere near the European and Pacific battlefields.

The book recounts the stories of those left at home and how they were crucial to the war’s outcomes in the path to freedom and peace.

Hamilton History Centre president, Ian Black, who was two years old when the war ended, said the main thing for readers to imagine was what it was like in Hamilton during the war.

“It’s been over 70 years since the end of WWII and a lot of young people don’t know what happened or how Hamilton coped during WWII, and that’s why we’ve decided to do this – that’s the basis of the story,” he said.

“The younger generation today probably didn’t have grandparents alive during the war, so they’d never have the chance to ask, ‘what did you do?’ and ‘what happened during WWII?’, and this is the aim of this book.