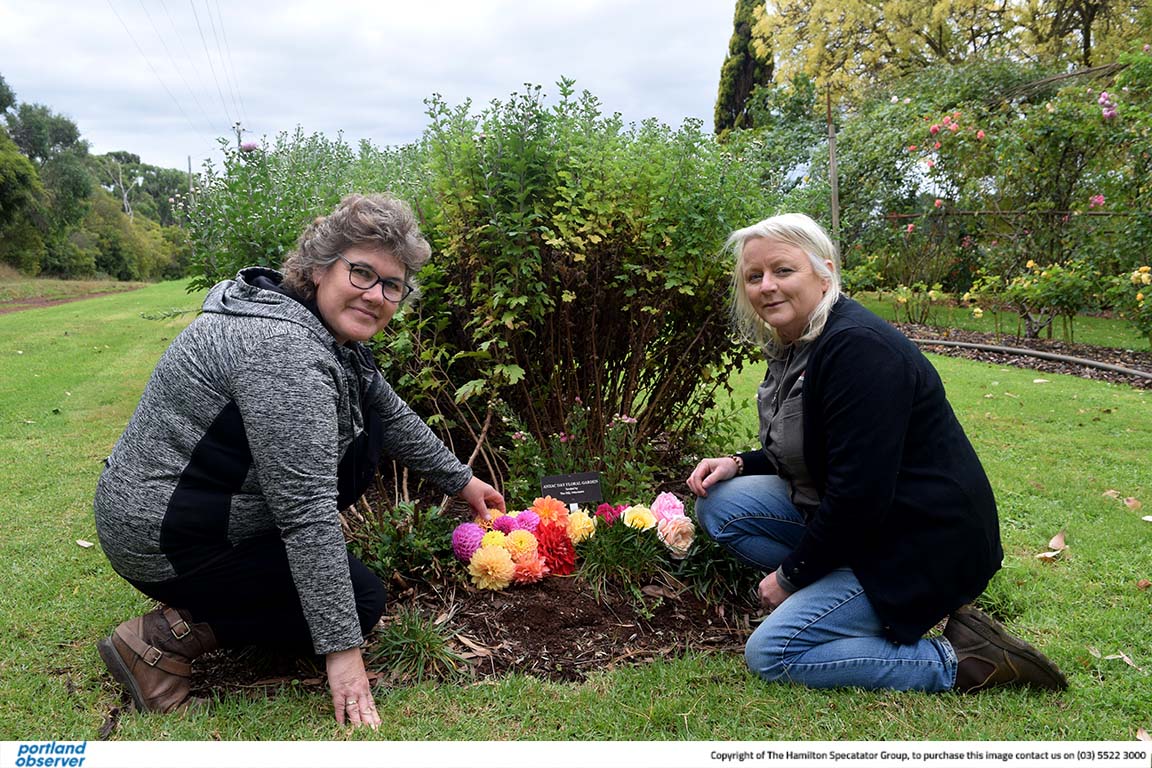 THE chrysanthemums are yet to bloom, but plans are well underway for a grand and proud floral display at Portland’s Memorial Triangle this Anzac Day.

The display on the Cliff St lawns from April 25 is an important sight on the calendar of locals, and organiser Heather Clark is determined to mark its return in 2021 – after it was cancelled in 2020 – with an expanded display.

“We need plenty of flowers: it’s the 100th year of the RAAF (Royal Australian Air Force) this year, so we will feature this depending on the flowers and what’s available,” Mrs Clark said.

The Portland RSL sub-branch is supported by many regular floral contributions from individuals and organisations such as Glenelg Shire Council as well as a display bed tended by volunteers at Treloar Roses’ display garden, however the RSL is also once again seeking donations of flowers and foliage suitable for wreath-making.

Ms Clark said these donations can be dropped off at the Portland Civic Hall from 9.30am on Saturday, April 24.

The time of volunteers is also in demand, with flower picking and people to arrange the flowers required the same day.

Volunteers can pick flowers in the Portland Botanic Gardens nursery from 8am on April 24, (entering the nursery from Glenelg St by following the Henty Park track in), and will also be required at the Portland Civic Hall later in the day.

Those who would like to volunteer in the Civic Hall are urged to register their intention before April 24 by visiting the RSL sub-branch between 9am to 4pm Monday to Friday next week or when the sub-branch on the corner of Gawler and Percy Sts is open, or by emailing their name and phone number to admin@portlandrslsubbranch.com.au.

The sub-branch’s phone line is unfortunately not working properly at the moment.

Meanwhile current and former service personnel who would like to march to the 11am service on April 25 are also asked to register their intention by the above means before 4pm on Friday, April 23.

Due to COVID-19 restrictions this year’s march is only for current and former military service personnel; it will leave the RSL sub-branch at 10.45am.

The event is currently restricted to just 900 public attendees plus current and ex-service personnel.

Entry to the Memorial Triangle will be through the Gawler and Percy St roundabout or from Cliff St.

The RSL sub-branch is also asking people to mark dawn’s arrival on April 25 by following the ‘Light Up the Dawn’ campaign, standing at the end of their driveways - possibly with a lit candle - and holding a minute’s silence at 6am.