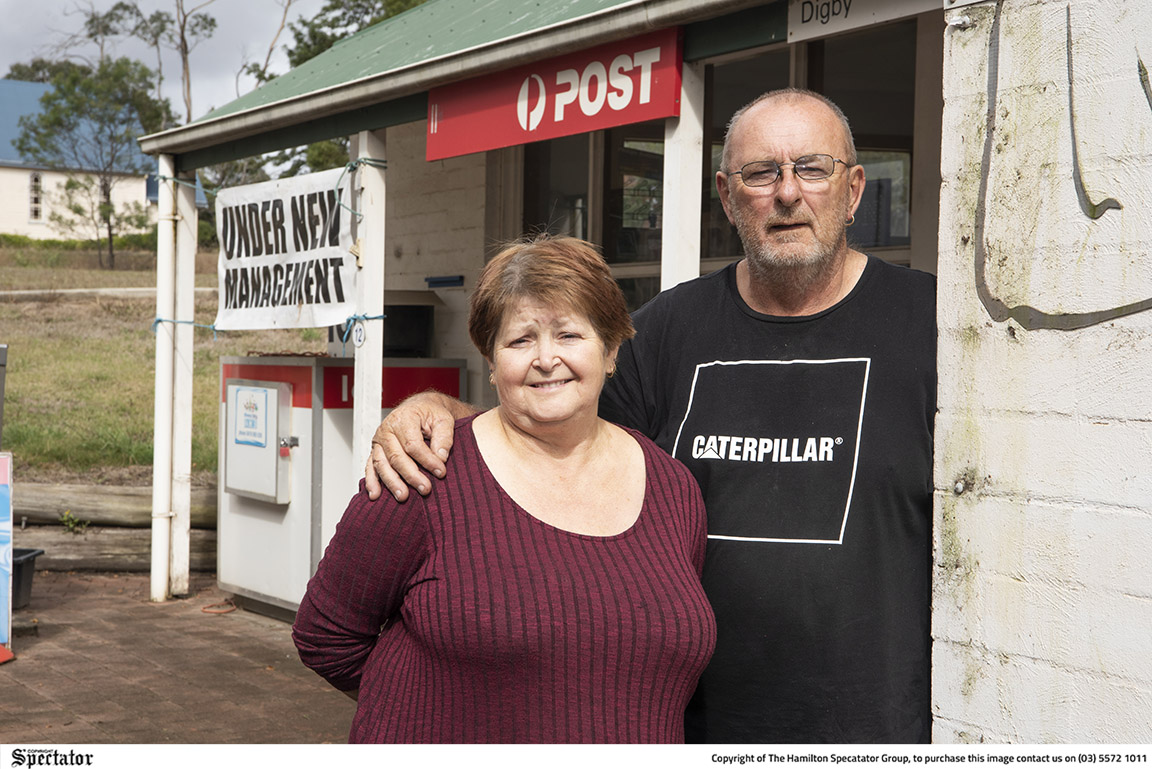 INVITING people to drop in regularly, Digby Post Office and General Store new owners, Gordon and Karin Cleaver, are hoping to bring a new lease of life to the business. Photo: LAUREN HAY.
By Mark Rabich

TAKING over a small-town general store business was a step Gordon Cleaver was keen to make, and with his wife Karin as the new owners of the Digby Post Office and General Store, they are barely a week into the enterprise and eager to serve the local community.

“We were just looking for a general store and post office, mainly,” Mr Cleaver told The Spectator.

“We (saw) the potential - we're not going to make a million dollars, but we're going to live a nice lifestyle.”

Originally intending to drive trucks two or three days a week along with running the business, the fact the Digby store came with the local pub attached meant his plans needed some tweaking, but the couple originally from Mount Egerton east of Ballarat, was confident they could make it work.

“At the moment we’re only open six days a week - we close Sundays because we need a day off, but we're going to work around it,” he said.

“It makes it hard because the post has got to be open six days.”

After some substantial cleaning, they’ve been overwhelmed by the community reaction.

Rams hold off Demons to claim win
24 hours ago