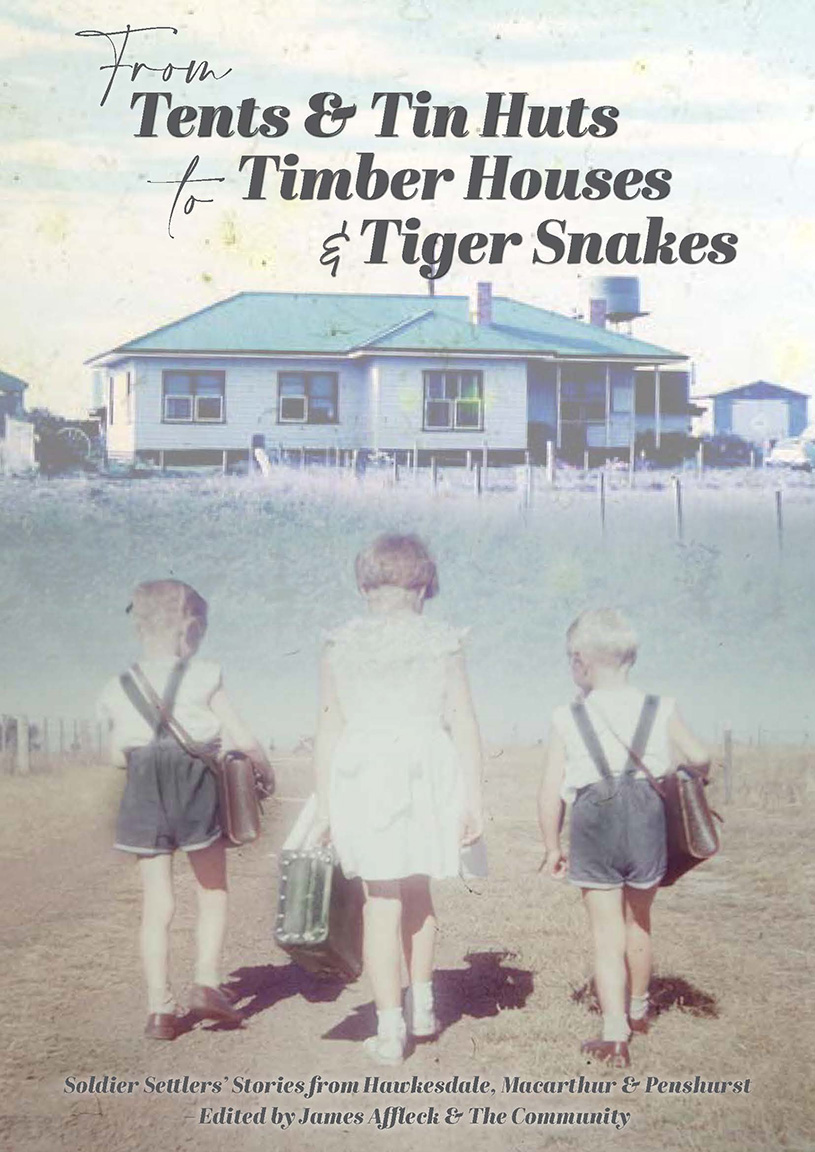 JAMES Affleck’s latest book, From Tents and Tin Huts to Timber Houses and Tiger Snakes: Soldier Settlers Stories from Hawkesdale, Macarthur and Penshurst, will be launched at the Warrnambool RSL on April 23. Photo: SUPPLIED.
By Campbell Kirwan

A NEW book on stories of soldiers settling in the south-west post World War II will be launched by Warrnambool military historian, James Affleck on April 23, coinciding with the Anzac Day weekend.

Titled, From Tents and Tin Huts to Timber Houses and Tiger Snakes: Soldier Settlers Stories from Hawkesdale, Macarthur and Penshurst, the book launch will be at the Warrnambool RSL at 2pm, Friday, April 23.

An informal gathering will also be held at midday on Saturday, April 24 at Hawkesdale Memorial Hall, for a light lunch and a chance to reminisce.

Published by Star Printing in Terang, the book is 18 months in the making and features stories from descendants of the original soldiers that settled in areas of the south-west, along with background on their extensive military records.

Mr Affleck, a Vietnam War veteran whose father fought in World War I, said the book was based on various accounts of soldiers’ lives after their arrival to the area.

“I’ve got accounts of 130 settlers off farms in the area and have great stories about every little one of them,” he said.

“Some are explicit about what their forebearers did … it’s a history that needs to be recorded.