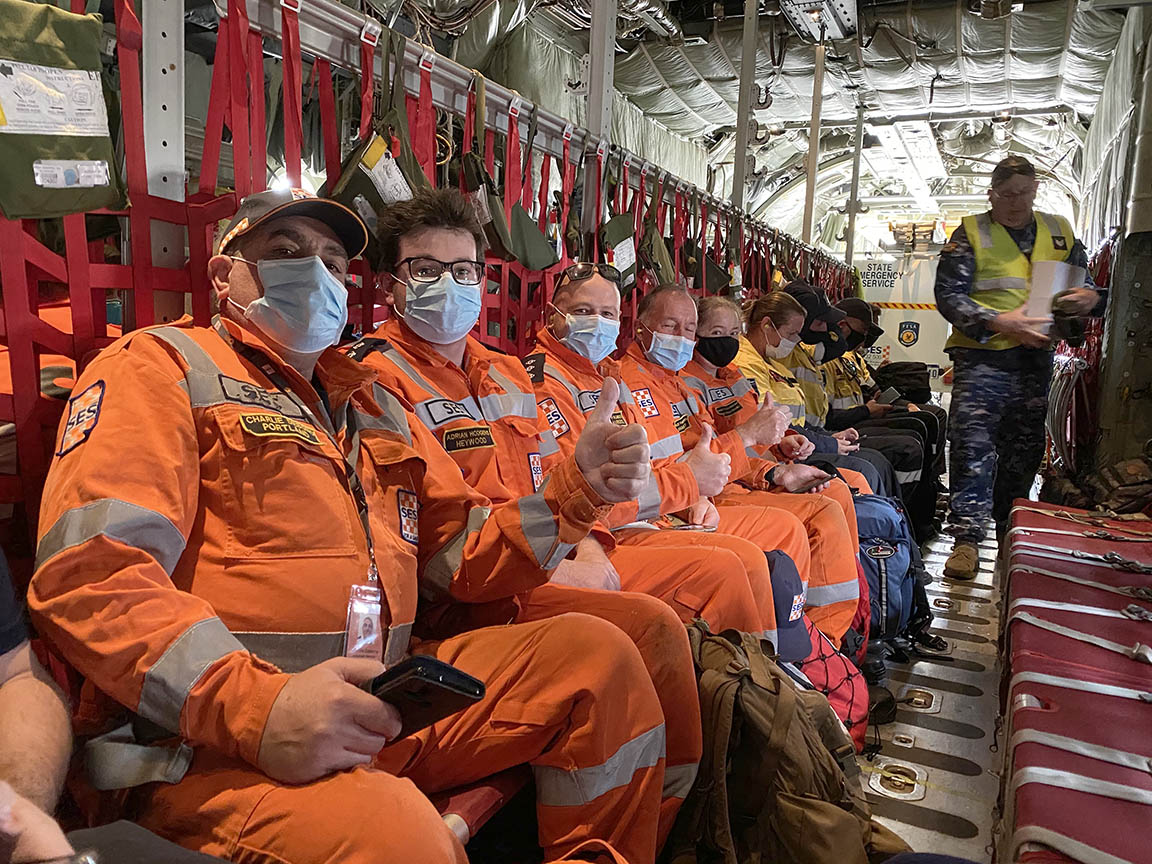 SEVENTY-FIVE Victorian emergency services personal have now been deployed to assist with the severe damage caused by Cyclone Seroja in Western Australia.

The response and recovery effort to the category three cyclone has mainly been in Kalbarri, a town north of Geraldton, with 170-kilometre per hour wind gusts destroying 50 homes, damaging more than 1000 buildings, and destroying power lines and fences.

SES Hamilton Unit team member, Bruce Farquharson said he was part of the second of four Victorian SES crews to help the cyclone recovery effort in Northampton – the first inland town hit by the cyclone.

Working three days at a time, he said conditions were hard and the first crew struggled with a lack of equipment.

“It’s hot working in 30-degree heat, on rooftops and using chainsaws,” he said.

“The extent of damage especially in Kalbarri runs hundreds and hundreds of kilometres inland – it will take ages to get things functional and back to where they were beforehand.

“There’s a lot of damage – some people have stuck around but others have left because they can’t live in their houses anymore.

“They are a bunch of resilient but tough people - one of the really important parts is talking to the locals as we might be the first support they’ve seen since the cyclone hit, so showing support and care for them is really important.”

Mr Farquharson said a lot of the buildings were not built to cyclone standards which left them vulnerable, and people were forced to use generators for power.

“The buildings in the area we work on don’t usually get hit by cyclones – they are usually further south from where they are now,” he said.

Support from Victoria has come from all over and was requested through the National Resource Sharing Centre.