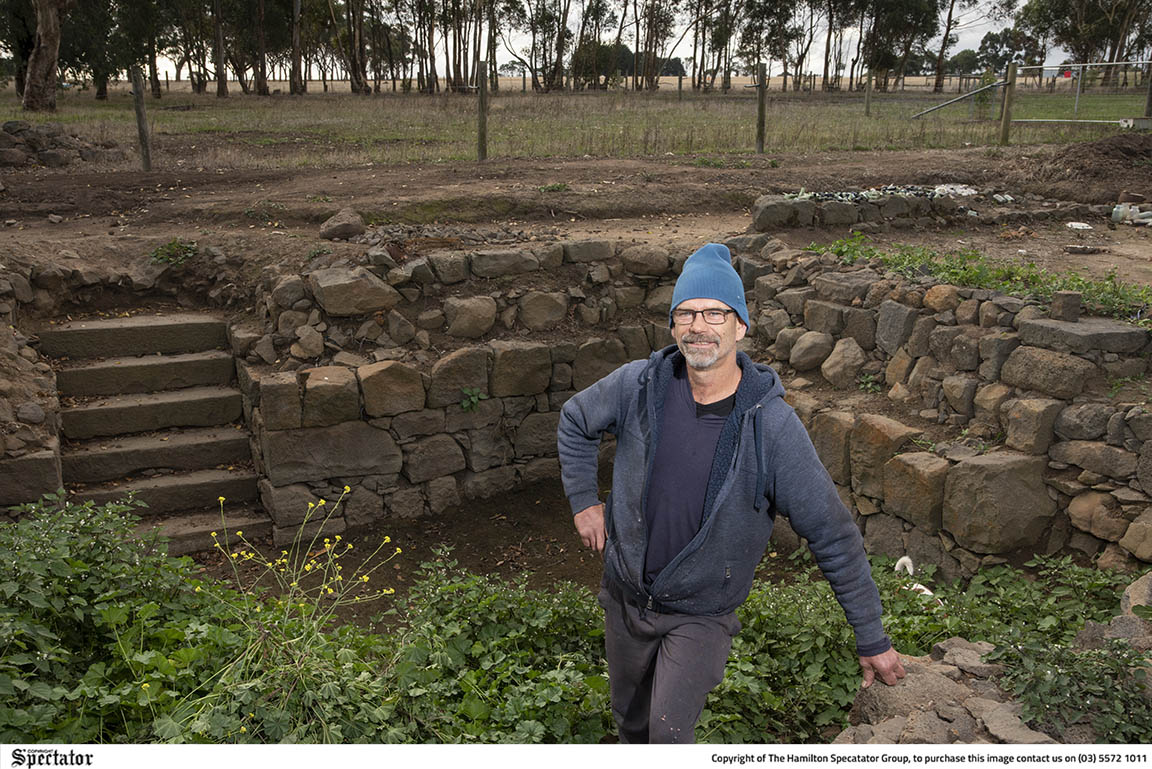 GLEN Cameron has discovered many interesting items from the old remains of the former Mount Rouse Inn in Penshurst, which was in the same location as his current property. Photo: LAUREN HAY.
By Campbell Kirwan

SCATTERED remains from Penshurst’s old Mount Rouse Inn pub from the 18th and 19th century have been discovered by current landowner, Glen Cameron.

Mr Cameron made the discovery soon after moving onto the property in 2006, when he noticed a rock sticking out of the ground which raised his curiosity.

“There was a rock sticking out of the ground and my wife was riding a horse, so I wanted to protect her,” he said.

“I blew the dirt off the top of the rock with a Gerni (pressure cleaner), and there was not a rock beside the creek, so I realised every rock had been put there by a human.

When Mr Cameron started digging up the paved cobblestones, he uncovered many items that he soon found out were buried from the first ever drinking establishment in the Penshurst district.

“I’ve dug up stables, a well, glass, shoes … all between one and two feet underground,” he said.