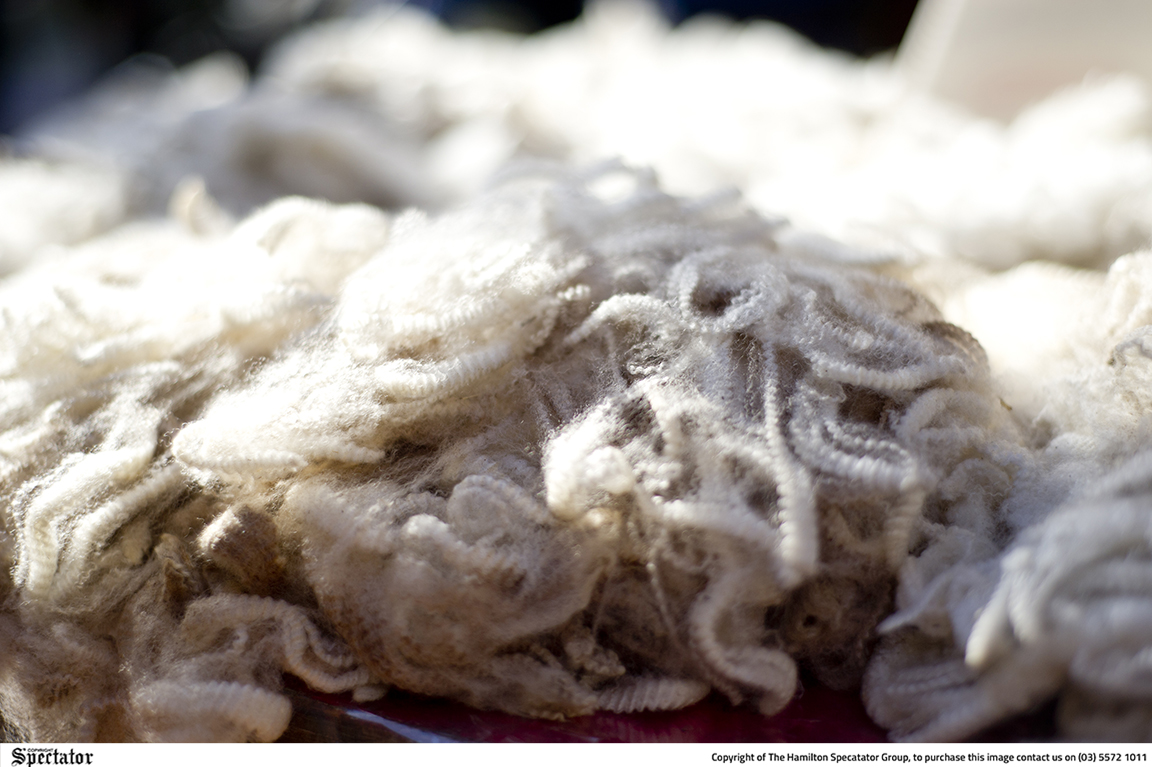 TWELVE months on from the sharpest drop the Australian wool market had seen in 17 years, week 40 of the EMI reported a high of 1300c/kg. Photo: LAUREN HAY.
By Kristy McDonald

“This matched the unwanted record of the largest percentage fall in the AUD EMI to have occurred in the past two decades,” AWI reported at the time.

By comparison, week 40 this year finished on a high of 1300c/kg – up 15c/kg from the previous week and despite a slight slump to 1291c/kg at the close of last week’s three-day market, numbers were still looking up.

“It’s pretty much a two-tiered market at the moment – anything finer than 19 has high demand into China, anything broader, the demand is not quite there at this stage,” he said.

“We’re starting to see signs of recovery, particularly in India where orders are increasing into that marketplace, probably 10 per cent up on the exports in a normal season.

“Europe is still struggling with COVID issue fall-outs in terms of retail demand and the recovery probably won’t start fully until well into this year, or even next year.

“China takes 90-plus per cent of Australian wool production now; it’s a market that has been able to maintain prices over the past six months.

“Domestic demand is solid at this stage, centred around that 19 and finer at the moment, into the finer knitwear market.

“The broader, 20 through to 22 and crossbred still haven’t picked up the demand as much because of a lack in orders at retail for heavier apparel, carpets.”

Coleraine Wool’s Reg Herring said locally this was the busiest season he had seen for some time as a buyer, with stockpiled wool making its way into the market.

“Some farmers hadn’t sold previous year’s wool when the market dropped and what they shore in the current autumn had been stacked up too,” Mr Herring said.

“The whole industry is still having issues with shipping … it’s been difficult to move containers, but it seems at the moment while sales are around 40,000, sneaking up to 50,000 a week, the market is holding up ok.”