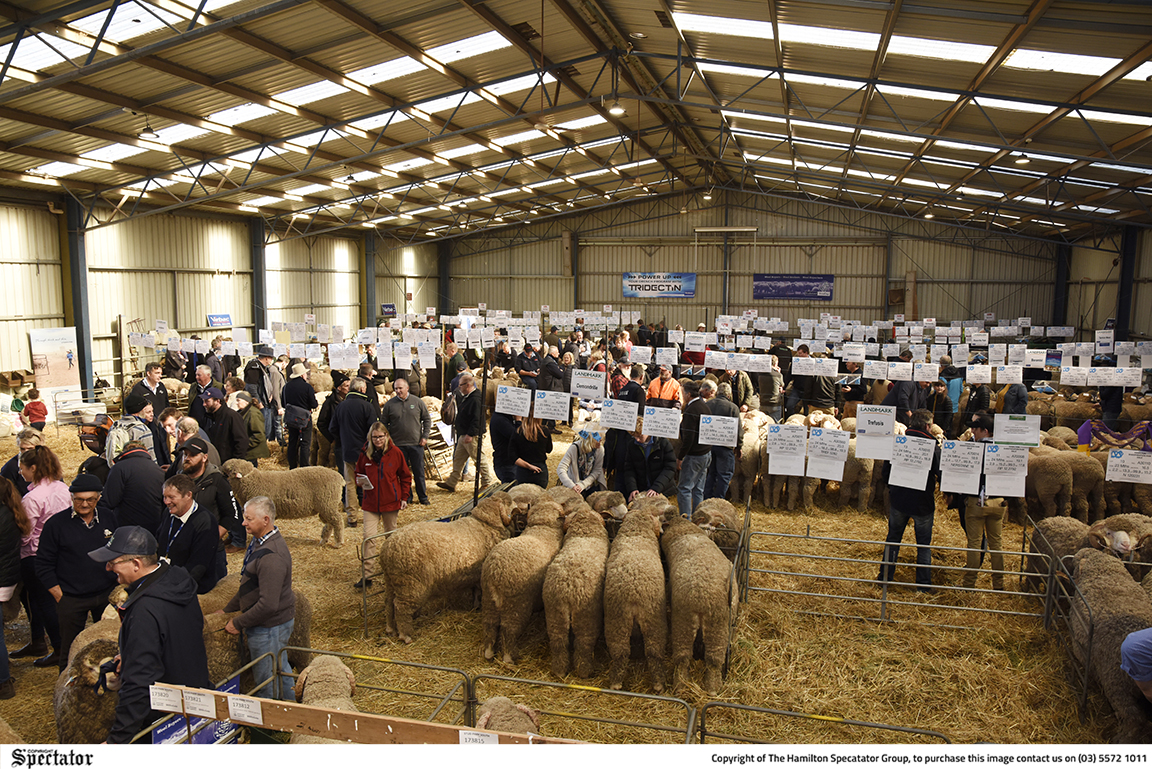 SMALLER events will take place instead of the usual Sheepvention this year, with the large regular event tilted to return in 2022. Photo: SPEC FILE.
By Ash Bolt

SHEEPVENTION is off the calendar for a second straight year due to the COVID-19 pandemic, but a new smaller event will take its place for this year.

The Hamilton Pastoral and Agricultural Society announced this week it would host a modified event, called Sheep Connect, at the Hamilton Showgrounds on August 2 and 3 in Sheepvention’s place.

While public gathering restrictions still make it impossible to host a regular Sheepvention, Sheep Connect will include attractions such as trade sites, a conference and a merino ram sale.

“The committee is still steadfast that a Sheepvention format isn’t possible this year but easing of restrictions has made the committee re-think their original ideas for this year,” Sheepvention president, Kathryn Robertson said.

“There won’t be any large trade marquees this year but exhibitors can take up their own marquee package or opt to exhibit in the pavilion.

“We are anticipating that we will attract 5000 people per day.”

However Sheep Connect won’t include other Sheepvention favourites, such as the fashion parade, yard dog competitions, the inventions competition and the Hamilton and Western District Sheep Show.

“Rest assured though, these incredibly important features will be back in 2022,” Ms Robertson said.

“As soon as we are able to run Sheepvention again, we will. This means we will be bringing in all the traditional events and competitions we have held for the last 40-odd years.”

Ms Robertson said the committee was aware the loss of the sheep show would be a big blow for the community.

“Much of the Sheepvention community is disappointed that we are not conducting our usual events,” she said.

“There is a lot of sentiment around the sheep show as it has been happening for over 160 years. We appreciate the sheep show, along with the inventions, were the founding elements of Sheepvention – we haven’t forgotten their importance.

“It is a shame that COVID-19 has managed to disrupt two years of Sheepvention, (but) we can only look forward to 2022 and amazing event we will have.

“In the meantime, I encourage as many trade exhibitors, including sheep studs, and as many merino stud breeders to support this ram sale and trade show.”

This year will be the second without a normal Sheepvention, after the 2020 event was cancelled due to the pandemic, with an online ram sale held in its place.

The Hamilton Pastoral and Agricultural Society will release the prospectus and details for the Sheep Connect event on its website next week.