Restore, connect and protect – with a little extra help 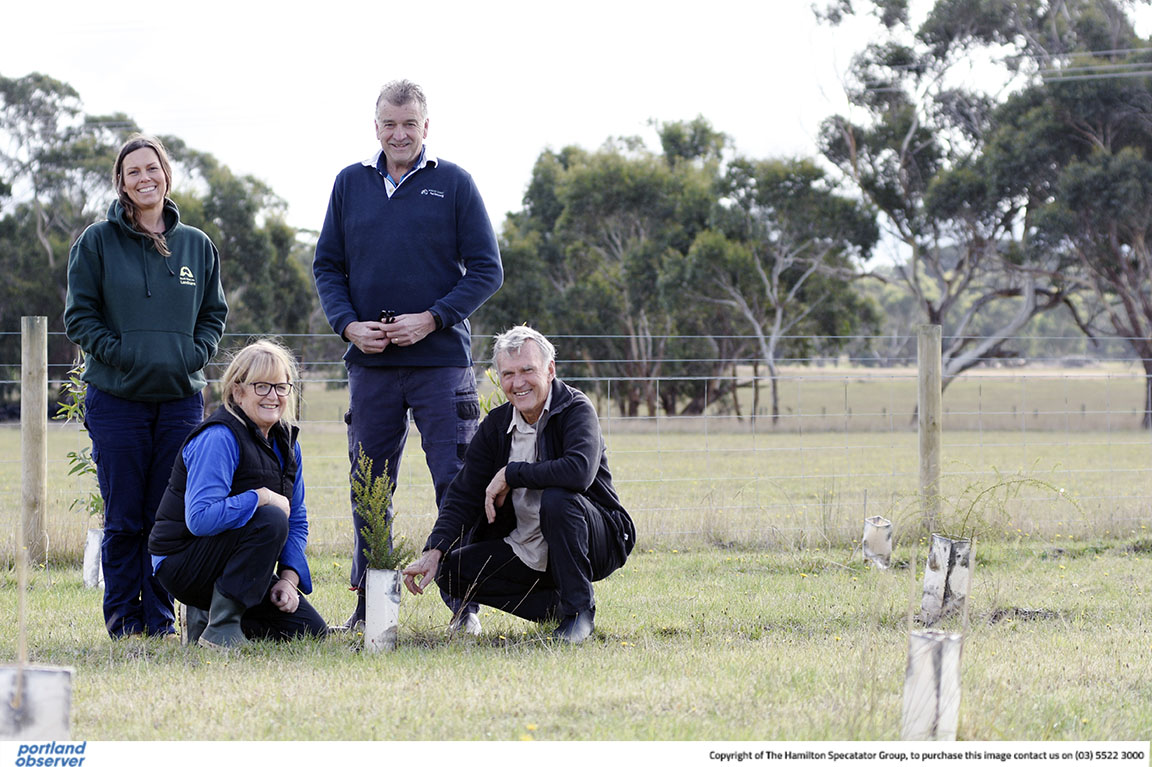 THE swathes of native bushland that were once a familiar sight locally might be mostly gone now, but a band of volunteers is doing their best to restore as much as they can – and that effort just got a bit easier thanks to a donation by a Bolwarra businessman.

Steve Jordan, who runs South Coast Pest Solutions, has pledged to donate a percentage of his profits to the Southwest Environment Alliance to enable landholders to plant trees.

Not just any trees – they will be natives, with the goal to join up stands of remnant native bushland.

Mr Jordan has begun his donation with $500 and has pledged to donate further money quarterly.

“I set up my business to be as environmentally safe as possible using the safest products,” he said.

“I’ve always been concerned about the environment and planted lots of trees and now that the business is going reasonably well I thought it would be nice to put something back into the community.

“From every sale to get tree planted would be a good idea. This area’s probably lost 85 per cent of its native vegetation.

But it’s only the start.

“I’m hoping other businesses will look at this and see what a great idea it is and say ‘we should do the same thing’,” Mr Jordan said.

“If we want to try to mitigate climate change as well as help biodiversity this is a win-win,” he said.

The Alliance’s own Landcare initiative Restore Connect Protect focused on joining up remnant stands where possible, with wildlife that used them for habitat also benefiting.

Alliance Landcare facilitator Kristy Brewer said other businesses could also help reduce their environmental impact by getting on board – and help restoration into the bargain.

“People are becoming more aware of their own carbon footprint and this program is about putting back what’s supposed to be here,” she said.

Plants included the likes of manna and bog gums, local wattles, ti-tree and others.

One local landowner who has taken up the challenge is Glenda Douglass, who operates an animal therapy farm on 30 acres (12ha) on the Henty Hwy on Portland’s northern outskirts.

“I visited and looked around and asked her if she had thought about planting trees, but she thought it would be too expensive.

“We applied for and got a grant for this project and funding covered the cost of the trees, guards, materials and fencing.

“Glenda paid for the contractor to build the fence and planted the trees herself.

“We also had three planting days here and she invited friends and family along and we got the job done with lots of other local people.”

Ms Douglass said her own motivation for planting trees was a bit more unusual at the start.

“What started me off is that we get a lot of cars who come off the highway and hit our fences,” she said.

“I thought I needed another safety barrier. I’d also been working at getting gorse off the property but it all costs money.

“If I could I would (plant trees) right round the outskirts and I know one of my neighbours is keen on doing the same thing.

“I just know that this is a good thing for our town.”

Her entire family, from parents Ken and Elvie Douglass to her young granddaughter have got involved, including making tree guards, while Kel Rethus had done a great job with fencing and others had chipped in as well.

For more information on the Restore Connect Protect project visit the Alliance website at www.sealliance.org.au.