Remembering Wolfgang Schueller one year on 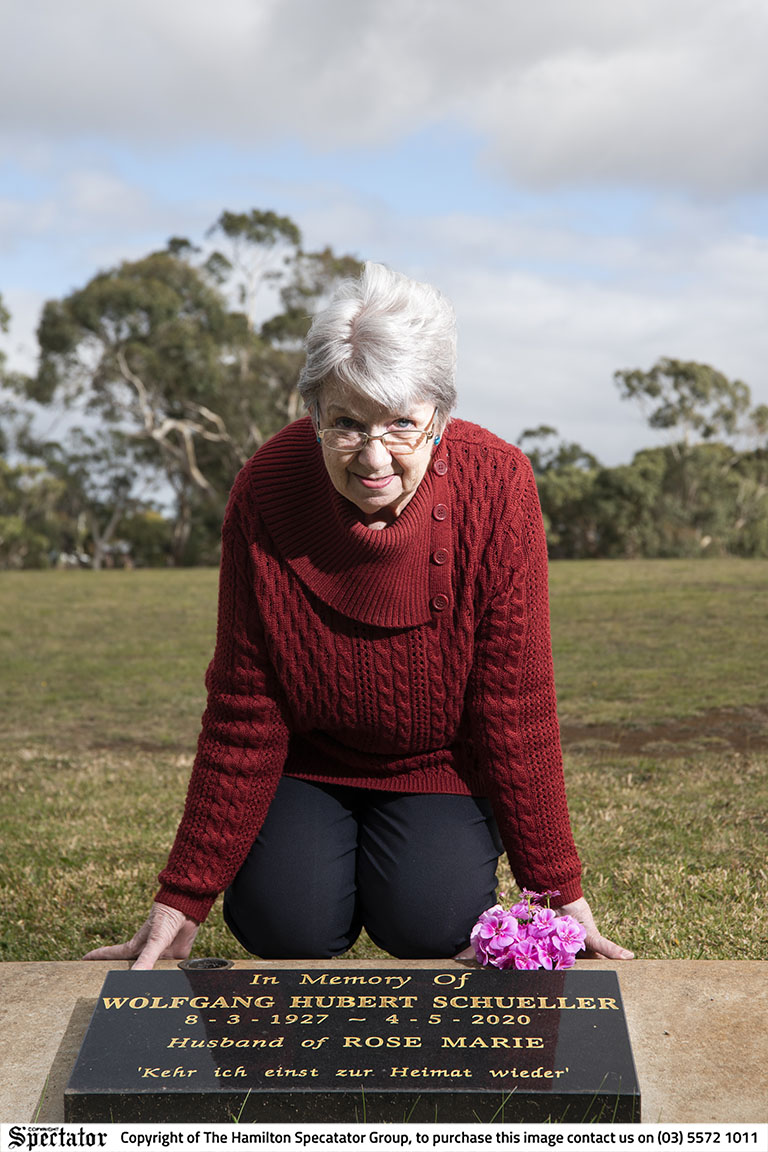 JILL Trotter erected a plaque on her friend Wolfgang Schueller’s grave to mark the one-year anniversary of his death on Tuesday at the Hamilton South Lutheran Cemetery. Photo: LAUREN HAY.
By Campbell Kirwan

TUESDAY marked the one-year anniversary of the death of Wolfgang Schueller – the Hamilton man who grew up in Nazi Germany with the Hitler Youth during World War Two.

Wolfgang’s remarkable life was captured in his autobiography, Memoirs of a German Boyhood - The Wehrmacht and The Australian Odyssey and was featured with excerpts by The Spectator from numerous occasions.