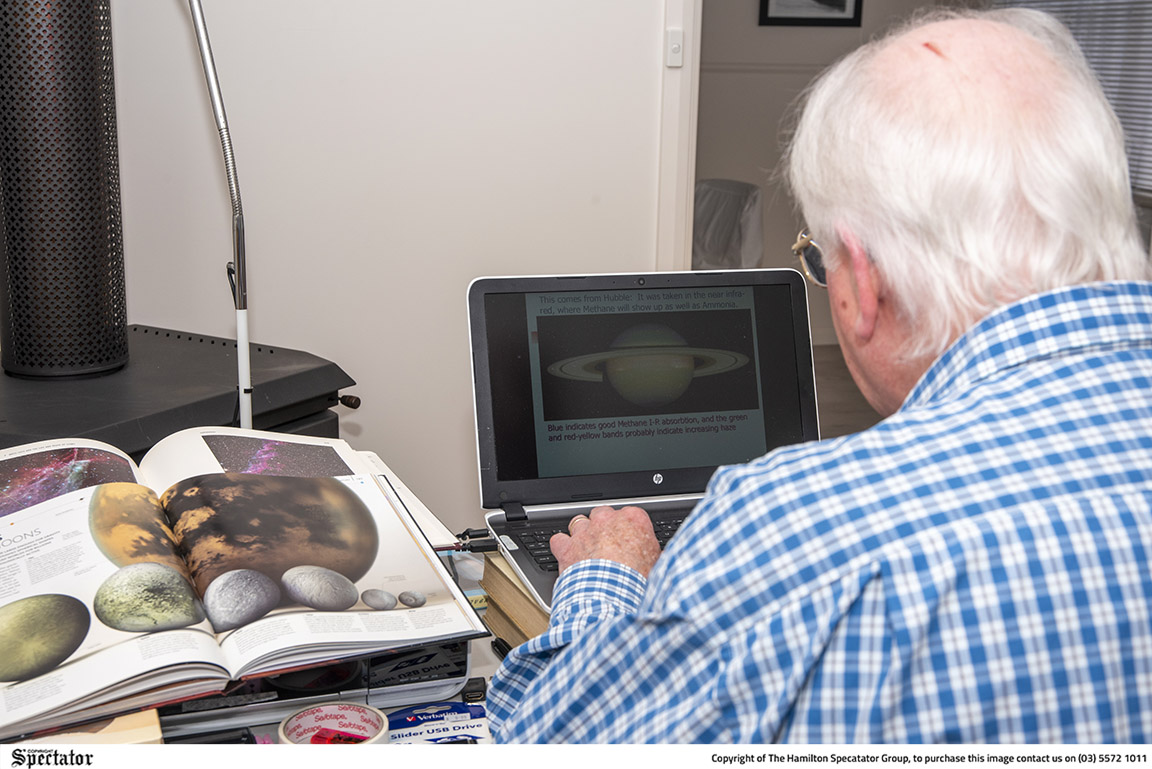 THE pandemic brought new opportunities for members of Hamilton’s U3A, with Chris Simpson running his Fun Science classes through online meeting app, Zoom. The new technology had so many benefits that he will continue hosting classes online. Photo: LAUREN HAY.
By Blair Burns

HAMILTON’S University of the Third Age (U3A) members, Chris Simpson and Alex Pederick, were forced to make the change to the new concept of virtual lessons and Zoom meetings during the pandemic.

The pair said it was a “a big learning curve”, but overall a very successful one which has presented them with a range of opportunities that otherwise would have never had.

As the pandemic struck, U3A meetings were forced to stop abruptly including Mr Simpsons’ ‘Fun Science’ class and all other interest groups.

The big challenge members faced was to stay involved and connected during the pandemic, which Mr Simpson was determined to overcome.

Ms Pederick said U3A was important in keeping your brain active and had many positive effects such as reducing the likelihood of dementia and Alzheimer’s disease.

“We may be retired but our brains are not, we do activity of all sorts, anything that stimulates the brain,” she said.