Supporting rural communities to get the jab 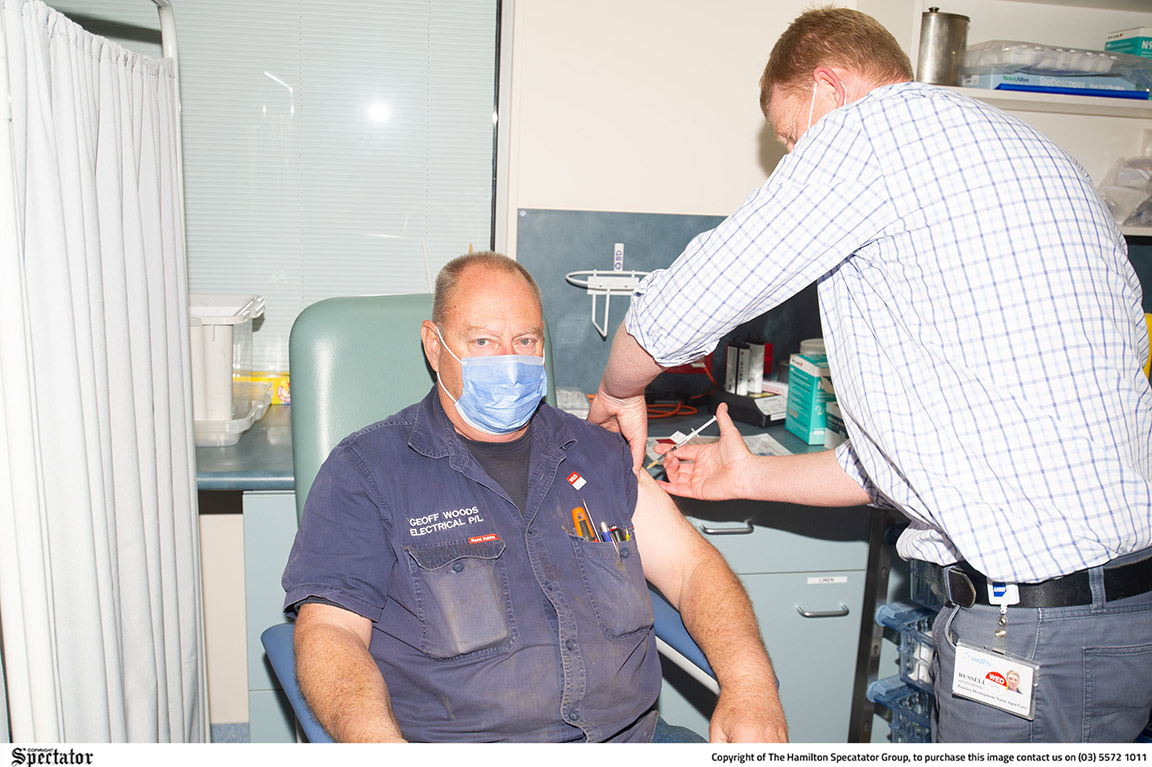 NURSE immunisers from Western District Health Service (WDHS) travelled to Coleraine this week as part of a program to increase accessibility to the COVID-19 vaccinations.

On Wednesday night, dozens of Coleraine locals seized the opportunity to get their shot, with several businesses also making the most of the visit to support their staff to get the jab.

The WDHS outreach clinic was conducted in partnership with the Casterton Coleraine Medical Centre, at Coleraine and District Health Service.

Digby resident, Geoffrey Woods booked in and received his AstraZeneca vaccination in Coleraine on Wednesday afternoon and said it was important for people in smaller communities to have access to a clinic.

“I think it’s really good that it’s now available (in smaller townships),” he told The Spectator.

Mr Woods said he would “definitely” encourage other locals to get the jab to help keep everyone in the community safe.

The Balmoral, Dunkeld and Penshurst communities will also get a chance to ‘roll up their sleeves’ at further WDHS outreach clinics which are planned over the next few weeks.

WDHS chief executive, Rohan Fitzgerald said the aim was to get as many people vaccinated as possible and to ensure that people in outlying areas had the same opportunities to get the jab.