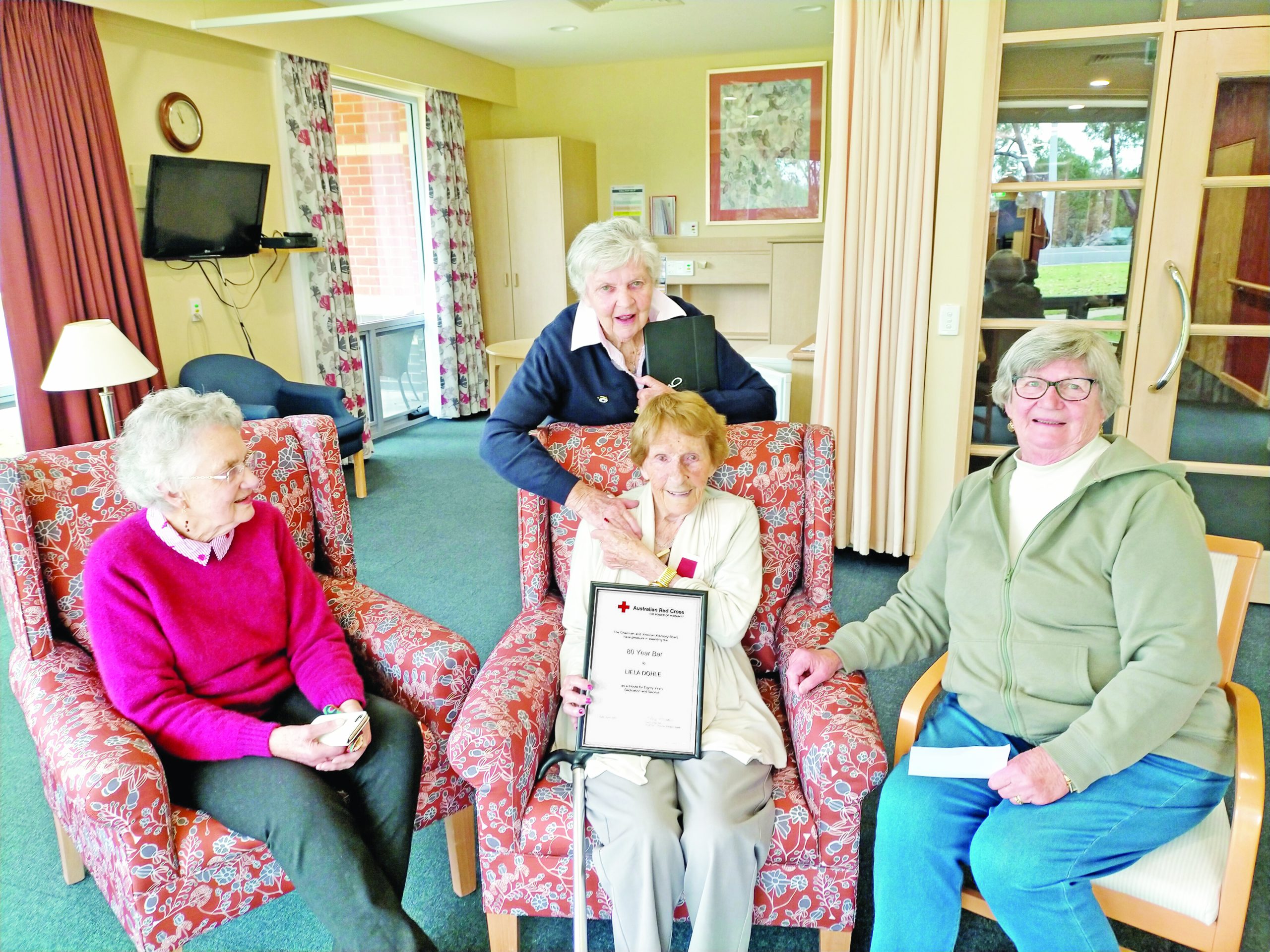 DIGBY is also the original home turf for another local volunteer, honoured this year by Australia Red Cross.

Liela Dohle (pictured above centre) received her 80-year bar from the organisation earlier this month – the first time the award has ever been presented in Victoria.
Mrs Dohle first joined Red Cross in 1941, presiding as Unit Chairman in Digby for several years, before moving into Casterton, where she continued to actively support the organisation.
Her 80-year bar was presented by local Red Cross members, Phyll Faroe, Janet Kerr and Anne Kearns, on behalf of the Victorian Advisory Board of Australia Red Cross.