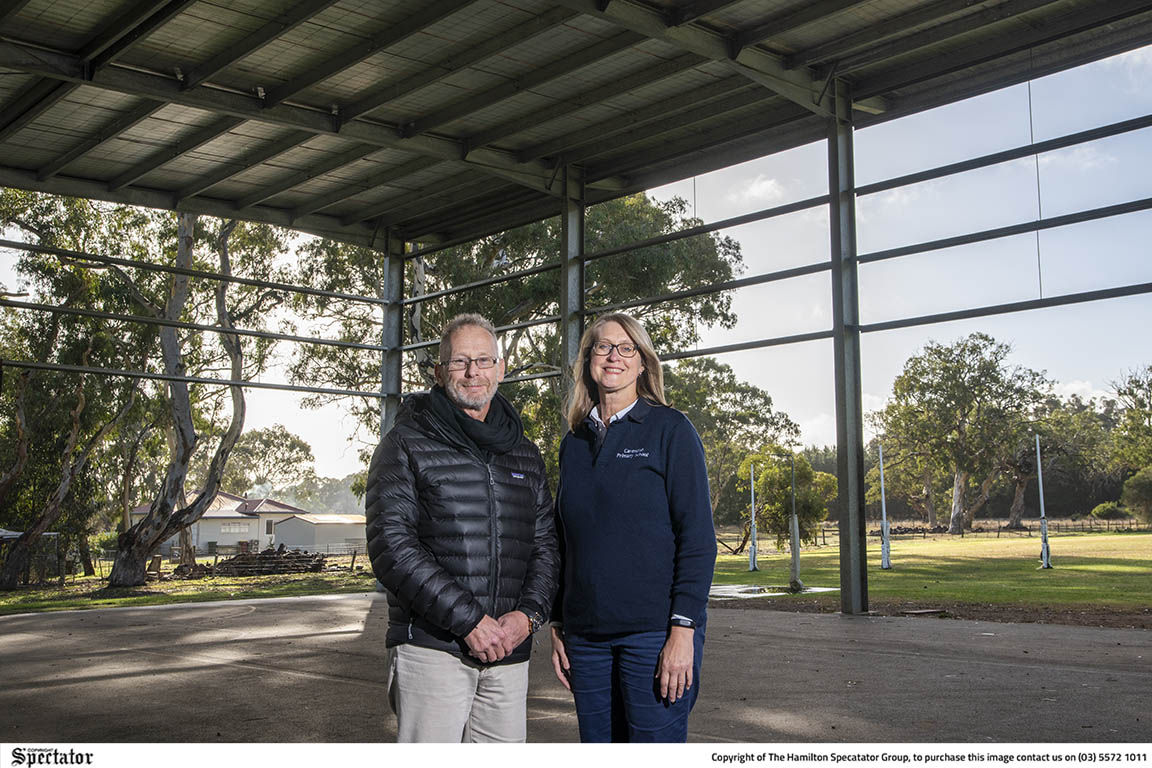 CAVENDISH Primary School is excited to have James Deans and Associates architectural firm on board to plan and construct the new stadium upgrade that was made available by a $446,665 grant through the Minor Capital Works Fund. Acting principal, Lisa Ferrier and architect, James Deans were viewing and discussing plans for the area on Friday. Photo: LAUREN HAY.
By Blair Burns

CAVENDISH Primary School will have a new look enclosed and powered stadium thanks to a grant of $446,665 through the Minor Capital Works Fund.

The funding was announced in December 2020 and the school was excited to announce it now had an architect on board, with James Deans and Associates appointed for the works and visited from Geelong to view the site on Friday.

Acting principal, Lisa Ferrier said she was “very excited” about the plans and said it would benefit both the school and community significantly.

“It’s going to make a huge difference to not only our school but our community because they will be able to use it,” she told The Spectator.

Ms Ferrier said that it would be used during the football and netball season, the facility can also be used for things like the Cavendish Red Gum Festival and local scout groups.

She said when the school initially received the news of the funding, it was pleasantly surprised.

“I know our principal at the time, Anthony (Hill) and business manager, Tammy (Crawford) were jumping for joy because we never thought we’d actually get a huge amount like this,” Ms Ferrier said.