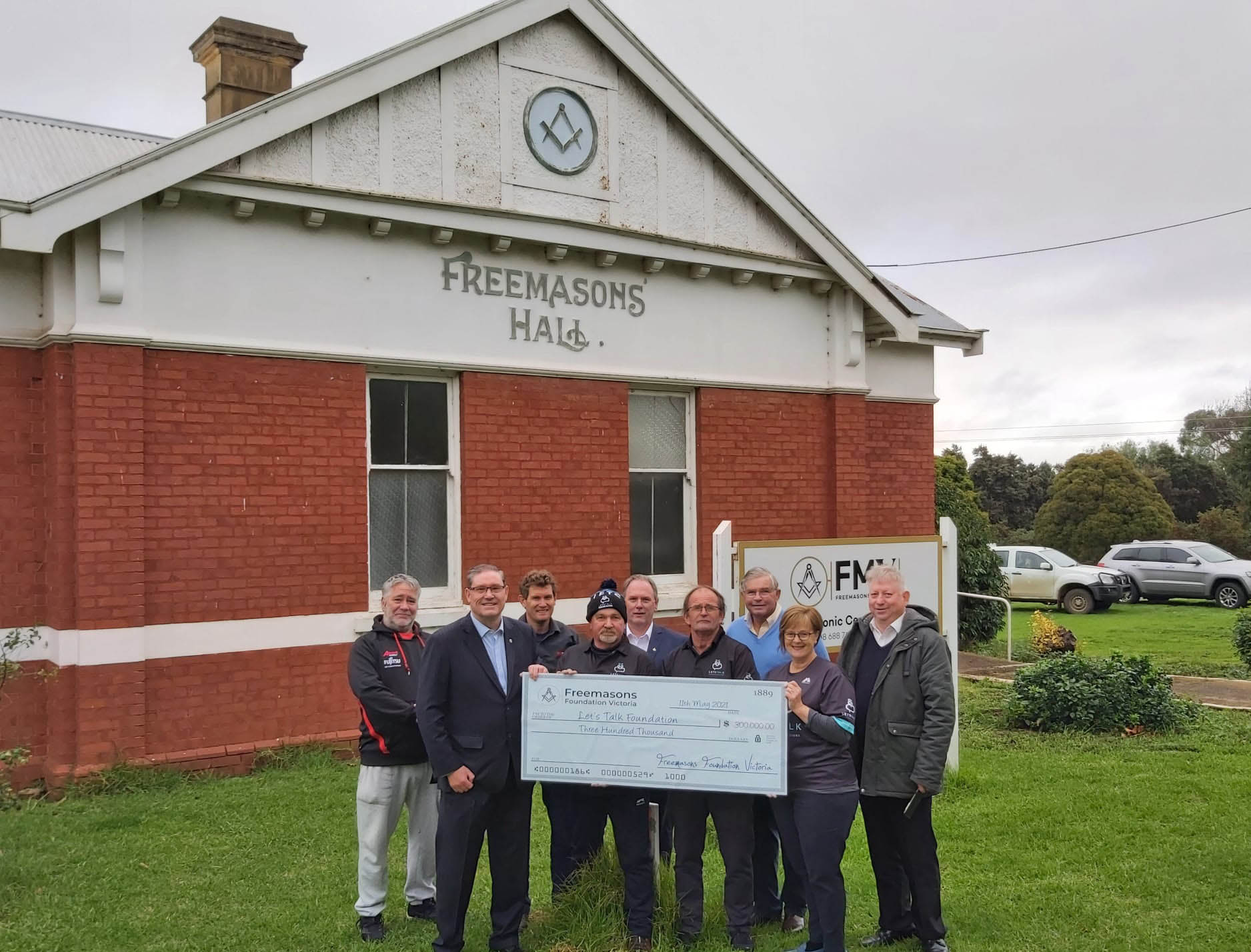 MEMBERS of the Freemasons Foundation Victoria have generously donated $300,000 to the Let’s Talk Foundation to implement mental health hubs in Hamilton and Colac. Photo: SUPPLIED.
By Campbell Kirwan

WARRNAMBOOL’S Lets Talk Foundation will expand to include hubs in Hamilton and Colac in an effort to help expand mental health support in the greater south-west, thanks to a $300,000 grant from the Freemasons Foundation Victoria.

The funding will be allocated over a three-year period and aims to remove the stigma around mental health and increase the wellbeing of both local communities.

The Lets Talk Foundation was founded in 2016 after “a shocking increase in suicide rates in the Warrnambool community”, and aims to get rid of the stigma of talking about mental health.

“This announcement is fantastic news and we’ve been working really hard to spread the news around the south-west about looking after your mental health, so it’s great to be able to support the local community,” she said.