Shitbox Rally to roar out of town 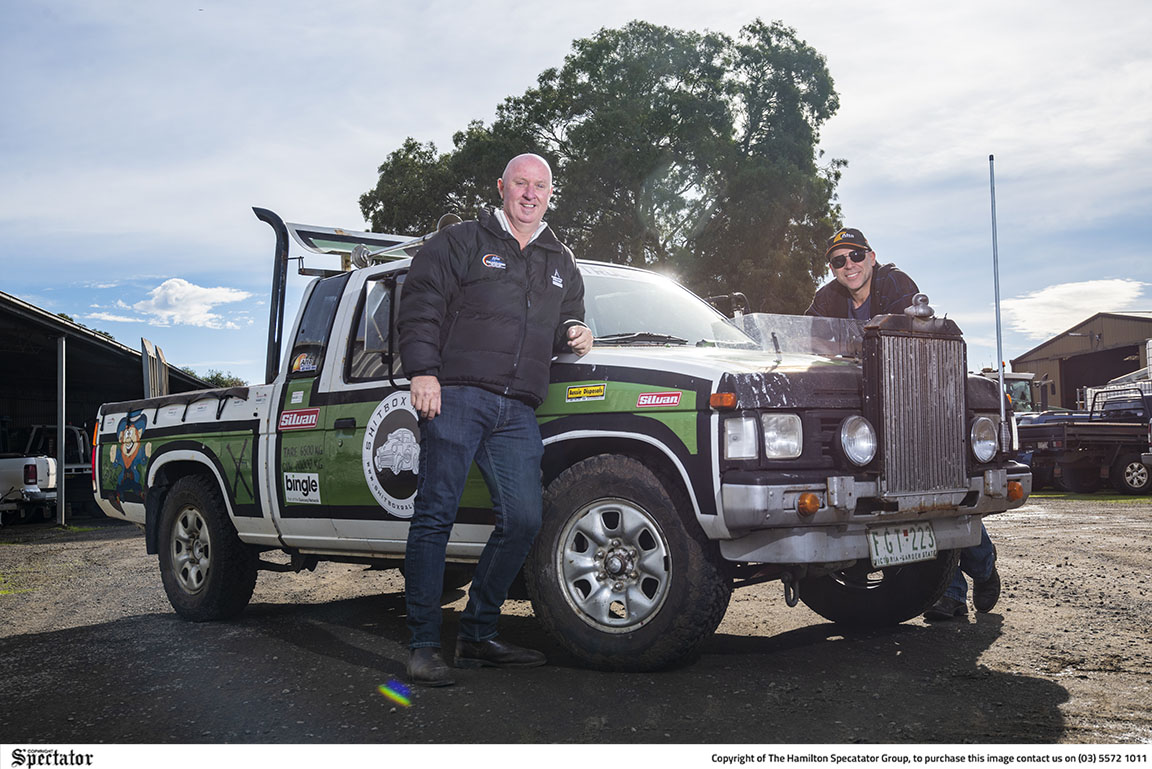 HAMILTON’S Paul Lewis will team up with Trafalgar mate, Anthony Moscato, to compete in the 2021 Shitbox Rally to help raise funds for Cancer Council Australia.

The pair will drive 3962 kilometres from Alice Springs to the Gold Coast via the Gulf of Carpentaria, spending a night camping at six different locations mid-route.

The self-titled ‘Mother Truckers’ will drive their ‘shitbox’ D21 Nissan 16-inch Tyre Beast across some of outback Australia’s most formidable roads.

In order to enter the race, each two-person team was required to drive a car worth less than $1000 and raise over $5000 combined, but the Mother Truckers managed to raise $8200.

Mr Lewis, who is a director at Hamilton’s Phillips Farm Machinery, said the duo was participating in the event in recognition of family members who had succumbed to cancer and those still struggling with it.

“A lot of my family members have been affected by cancer, my uncles and aunties, and my dad died after fighting bowel cancer for eight years,” he said.

“I’ve been trying to organise it for four years now and it’s for a really good cause … we’ve raised over one million dollars in total.”

There has been $2,465,734 raised to date by the 500 participants in the Autumn race, with over $25 million raised for cancer research over the past 11 years.