Business is booming, stores tell a tale of opportunities in the market 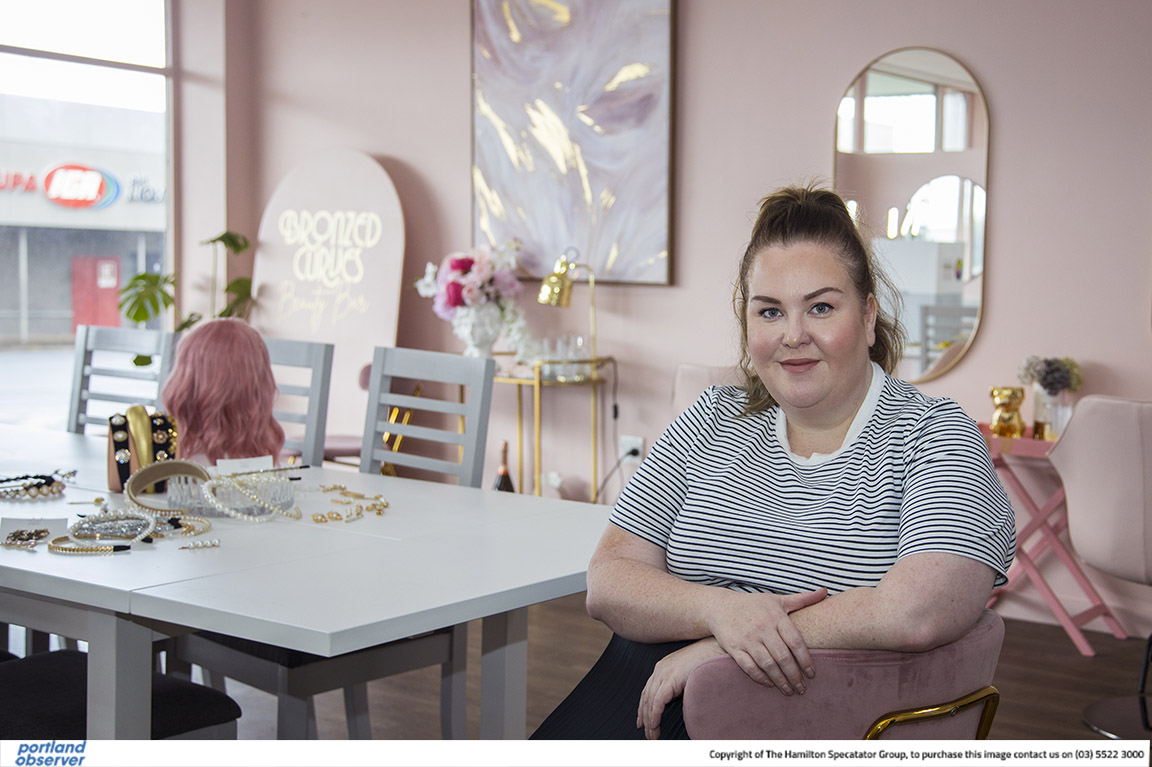 FROM the Gold Coast to Portland, Courtney Whitehead is glad she returned home. Picture: LEESA COOK 210513lc11
By Chalpat Sonti

PORTLAND might be booming as a place people want to come and live in, but business is not missing out either.

There have been several new ventures, and moves in existing businesses, in the city in recent times, and they are conspicuous by their presence in the CBD, filling vacant buildings.

In at least two cases they are a case of former residents returning to the city, attracted by lower set up costs, a lower cost of living and a readymade market for what they are offering.

When Ross and Rhonda Colley were looking for somewhere suitable to move their Port Fairy secondhand record and book store Revival Records, they had two options.

“It was going to be either end of the Great Ocean Road, Geelong or Portland,” Mr Colley said.

“We realised as we outgrew Port Fairy we had to put the shop in a bigger population centre.

“Portland made sense. The rents were too high in Geelong and we were lucky enough to get in a shop here while the rents remain affordable.

“The Melbourne money is pushing along the coast.”

Revival Records, now set up in Julia St and which opened on May 1 to buy, trade and sell, had a large clientele not only from the South West but also over the border.

“There’s nothing like this over in Mount Gambier with this size and now we’re in Portland we’re so much closer to them,” Mr Colley said.

“Portland and Heywood folks don’t have to come so far and for Hamilton people it’s the same distance to Portland but on better roads.

Demographics also played a large part in the decision to choose Portland.

“We’re in a region where there’s customers all around us and now that Portland’s future’s been assured by the smelter deal and the port is just going crazy a lot of the drivers are there to get families here, whereas Port Fairy is one of those places unless you come there as a tourist, you just pass through it,” Mr Colley said.

“Beyond tourist season there wasn’t a lot of foot traffic coming through.”

The store also attracted young people, who have taken to collecting vinyl again, and there were more of them in Portland while they were a demographic missing in Port Fairy.

Mr Colley has plenty of knowledge of the area, having grown up on a Heathmere farm, returned to the city in 1993 to manage VicRoads before working as a customer service manager with Incitec Pivot, before moving to the world of shipping logistics in Melbourne.

The owner of a huge vinyl and book collection (he has more than 18,000 vinyl records and 19,500 books in storage), he was inspired to get off the corporate ladder and set up his store firstly in Hobart before moving to Port Fairy to be closer to family.

He is also a great believer in the theory that secondhand book and record stores – he sells graphic novels, comics, CDs, DVDs and cassettes (which he says are also coming back into fashion as people seek tactile pleasures such as album covers and text on a printed page rather than digital ones) as well – thrive in the cooler climates, south of about Newcastle where people spend more time indoors.

“I think we will prosper here because you’ve got industry employing young people in apprenticeships and traineeships and after that they get offered full time work and stay in the area,” Mr Colley said.

“I’ve always found that in my project work at regional ports and we’re all going to get the benefit from that.

Our opening day here was massive – I’ve never had an opening day like it, not even in Hobart.”

Who needs the Gold Coast when you have Portland?

That’s a question that’s easy to answer for Courtney Whitehead, the owner of Bronzed Curves Beauty Bar, which opened in the old South West Trades and Labour Council building on Percy St in late March.

Portland-born, she moved with her family first when about 10 as her father worked in the mining industry and then when about 16-17 to the Gold Coast.

It was there she set up Bronzed Curves, with no intention of returning to her home city.

“I was always like I’ll never go back to my small country town, but I came down here (her parents moved back about six years ago) the January before COVID and I just noticed a sense of community,” Ms Whitehead said.

“People were so much more polite, I was sick of the Gold Coast which is great for a holiday but to live it was a bit feral.

“I was so isolated on the Gold Coast, while everything’s so close here.”

So the plan to return to Portland was born, and confirmed when she was able to rent the building.

There was another important factor as well.

“Everything is more affordable here,” she said.

“It’s a quarter of the cost of what it would be on the Gold Coast.

“There’s a lot of potential for business – if you’re looking at starting you’ve got to have savings but it’s definitely easier to do here.

“I wanted this building before I moved down and that was the plan.”

The inside has been extensively renovated and Ms Whitehead hopes to turn it into a hub for other beauty industry professionals with nails, massages and eyelashes likely to be added to the spray tanning and hair and makeup services she currently provides.

“I’m always looking to help other people starting their own business and I think it will work well,” she said.

And while she faces more competition than the Colleys, so far business has also been good.

“A lot of people were saying beauty services here were booked out six weeks in advance,” she said.

“I wasn’t originally going to do hairdressing, but my Mum talked me into it.

“I’m also open on Saturdays and Sundays (the latter by appointment). I found that people didn’t open on the days people actually need them to and I’m booked out on Saturdays (until mid-late June).”