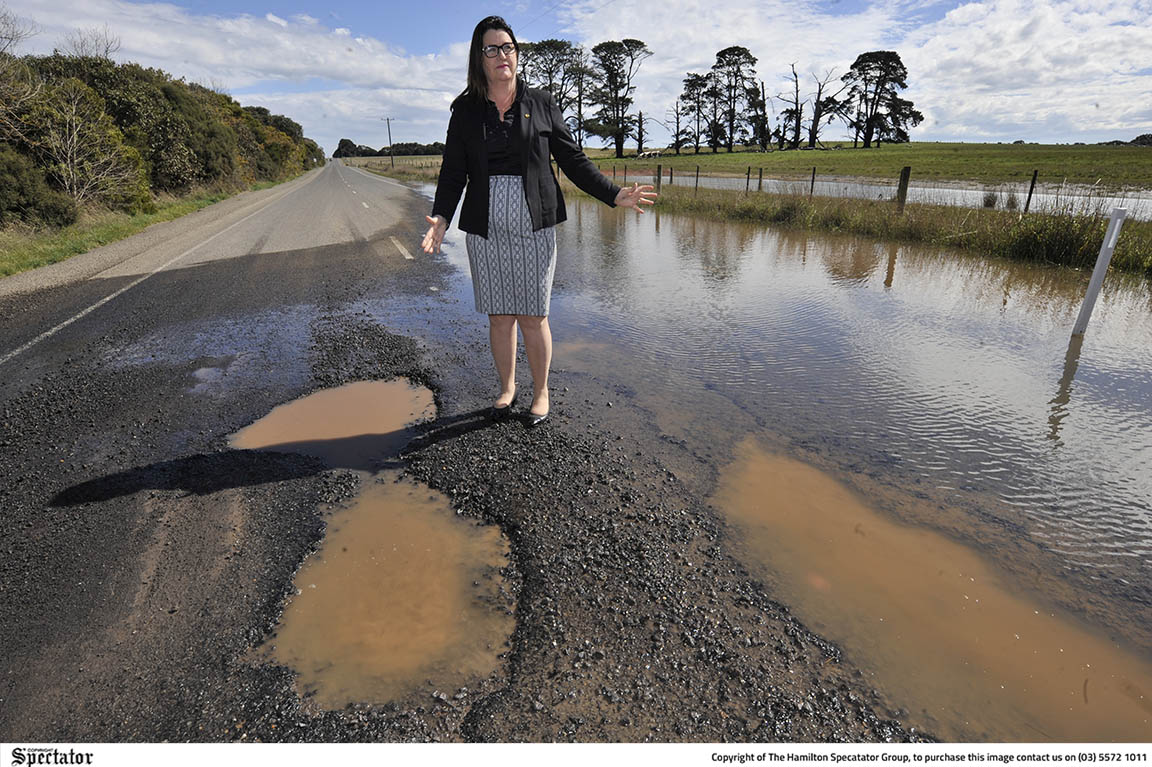 WORSENING roads in the south-west are being ignored by the State Government according to rural roads shadow minister, Roma Britnell. Photo: SPEC FILE.
By Mark Rabich

ACCORDING to the State Government, road maintenance is exceeding targets in the south-west, but the opposition called the claim “completely at odds” with what those driving on country roads experience.

In the wake of last week’s budget, which named only a short list of road projects in the south-west, the government said its latest road maintenance blitz has gone above and beyond, with more roads upgraded across regional Victoria than planned.

The government said it had completed more than its original goal, improving over 256 kilometres of roads across south-west Victoria and exceeding the pre-season target of 254 kilometres with additional works still underway.

Roads and road safety minister, Ben Carroll defended the government’s record and said maintenance and jobs were a priority.

“We are making our regional roads safer, stronger and more reliable for everyone – not just improving journeys, but delivering local jobs when Victorians need them most,” he said.

He said crews had upgraded more than $85 million in road maintenance to the region – delivering safer and smoother journeys for every road user after regular reviews of roads for potential hazards and defects and listening to motorists’ feedback.