Heywood will remember them 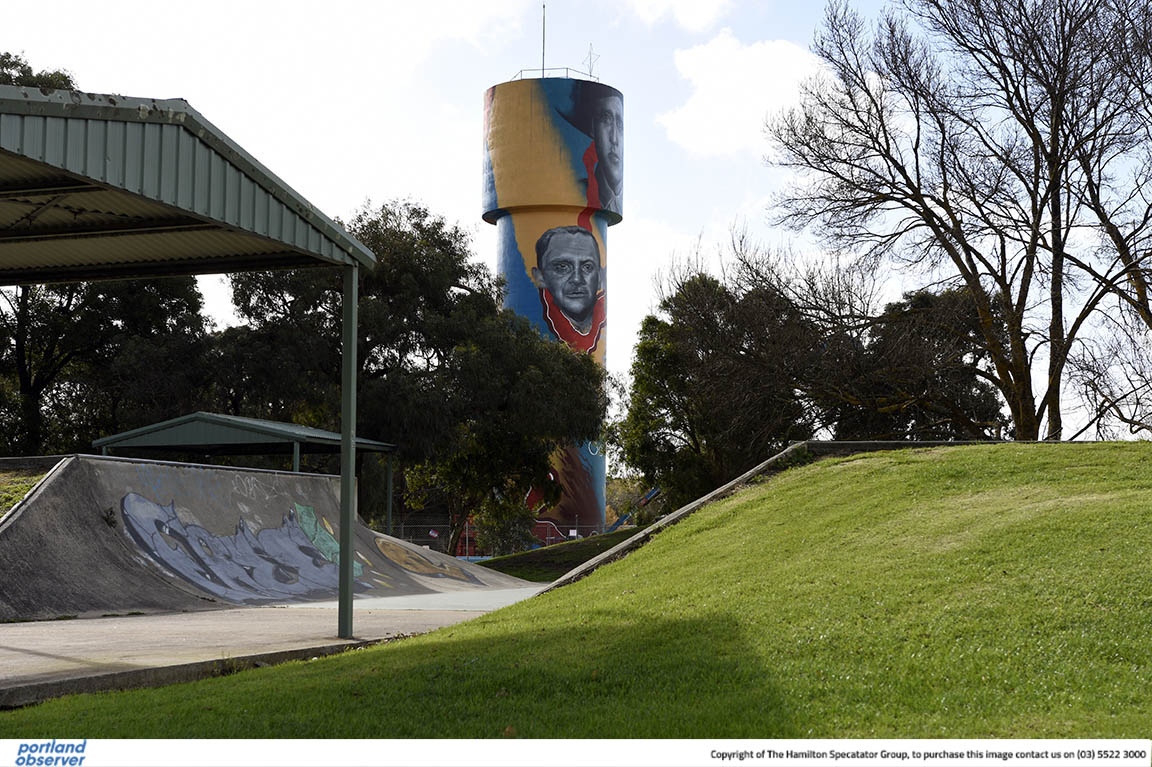 THE mural makes its mark all over Heywood, in this case close by at the skate park. Picture: KAREN HODGE 210526kh15
By Chalpat Sonti

THE sacrifices of Heywood’s Indigenous war veterans might not have been properly recognised during their lifetimes, or for many years after, but they are now immortalised in stunning style.

The much-anticipated war memorial mural at the Heywood water tower was completed yesterday, and it’s pretty hard to miss from anywhere in the town.

An initiative of graduates of the 2020 Leadership Great South Group program, the mural was completed on schedule in what appears remarkably quick time, given community consultation on a design only finished in February.

And they brought their own styles to the project – Adnate said while the main design, featuring the Lovett brothers Frederick, Leonard, Herbert and Edward and Reg Saunders, was worked out on a computer, Mr Day “freestyled” a lot more, going where his inspiration took him.

Mr Geebung was appointed partly to learn from Adnate but taught his mentor a few things as well.

“We were all helping out each other,” Adnate said.

“I feel like we were all learning from each other to be honest.”

Apart from the soldiers, other aspects featured in the mural are the Budj Bim Cultural Landscape, including the fish traps, eels and lava flow, while Mr Day’s influence can further be seen in the possum skin cloak as well.

“It’s been great doing this. I always hear from working with Aboriginal communities throughout Australia that this is certainly an important thing that stands out, when they would come back from the wars and all the white fellas had been given land and they’d been given nothing.”

Project co-lead Troy Lovett said he was happy with the way the project had gone, and the speed at which it was done.

The next stage is a reflective garden around the base of the mural, including a smoking ceremony area.

“We’re hoping to have an official launch too but I’m not sure on the dates yet,” Mr Lovett said.