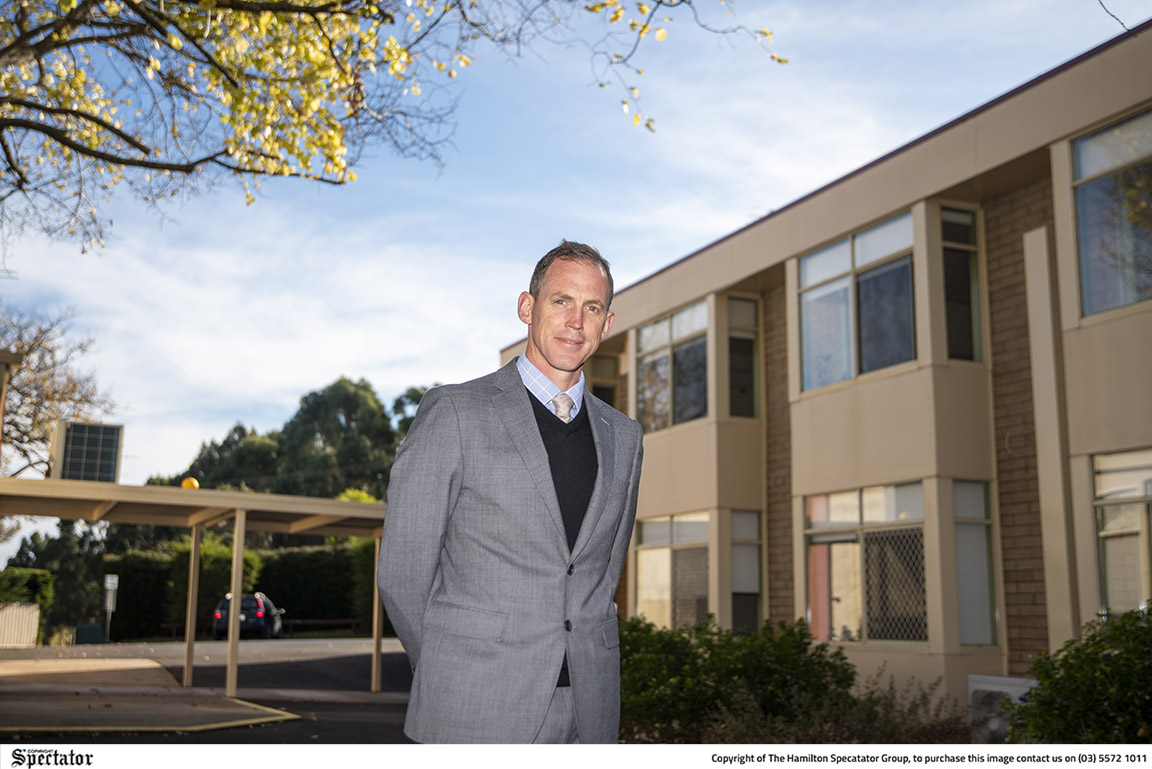 THRILLED at the Australian Education Awards nominations for Best Remote Learning Program and Boarding School of the Year, The Hamilton and Alexandra College director of boarding, Andrew Monk stands in front of the new Year 12 wing. Photo: LAUREN HAY.
By Mark Rabich

THE Hamilton and Alexandra College has received a significant honour having been nominated in the Australian Education Awards recently, which covers both government and non-government schools throughout the nation.

The honour is a double dose, with the school being finalists in two categories - Best Remote Learning Program and Boarding School of the Year.

Principal, Andrew Hirst said the school was “very humbled” by the nominations and knew the competition was stiff.

“This is our first time to be involved in these Australian Education Awards,” he said.

“We really are excited because it's this notion of a neutral independent body recognising the top performing schools in the country.”

Both categories have seven other schools vying for the awards and given Australia has over 9500 schools (2020 Australian Bureau of Statistics), even one nomination would be a great achievement.

With lockdowns last year interrupting attendances, the school was in the timely position where it had already significant components for remote learning technology in place.