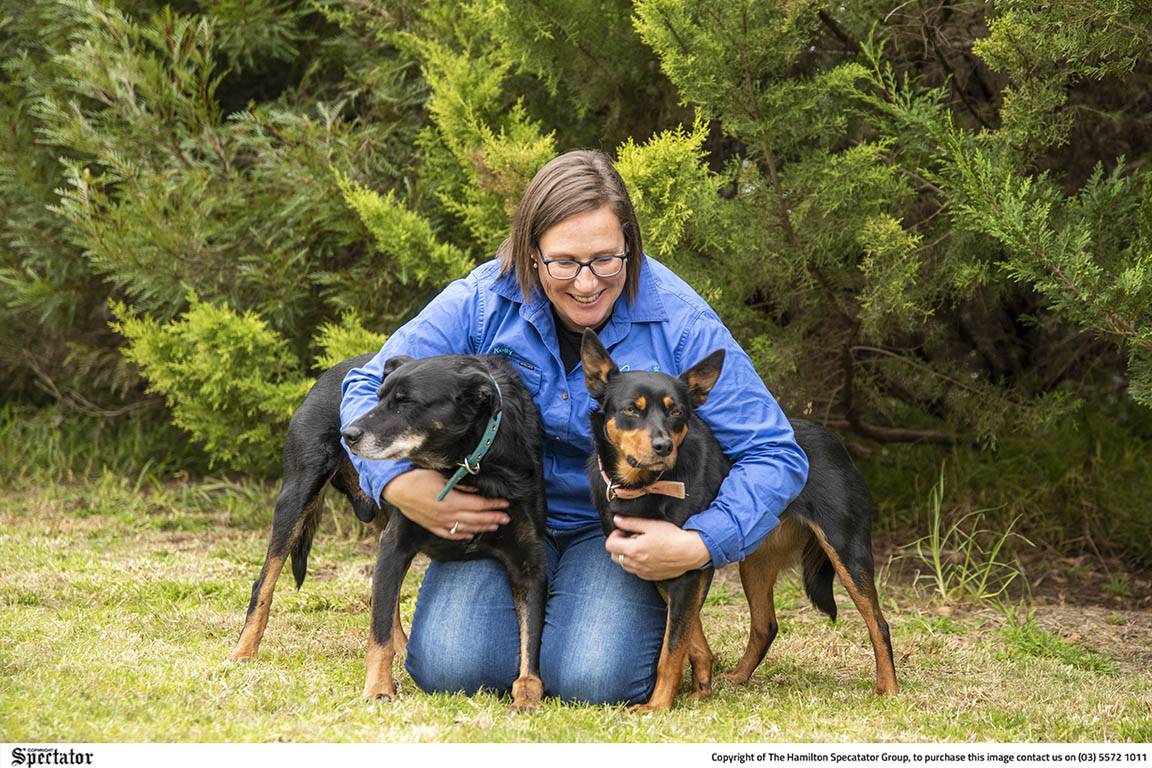 AFTER taking out the Victorian title of 2020 Victorian AgriFutures Rural Women’s Award, Dunkeld’s Kelly Barnes will complete for the national title. Kelly will head to Parliament House at the end of August for the national award. Photo: LAUREN HAY
By Campbell Kirwan

The black-tie event will take place on Wednesday, August 25 at the Great Hall in Parliament House, with a limited number of tickets now on sale.

Kelly’s working dog training program is based in rural communities and has aimed to combat social isolation while raising the resilience and well-being of farmers.

The project has utilised resources that livestock farmers already possess to aid their own wellbeing, such as working dogs.

Kelly said she had started running the pilot program with one session per month since January and had 15 participants engaged in theory and practical work, including dog training and personal development.

“Each participant has a dog with them and we have discussions and tips about reliance, goal setting, nutrition, and sleep and the program allows people to network with likeminded people,” she said.

“People can chat about their problems, and dogs can be a good source of companionship and can help their physical and mental wellbeing, which can then have a flow on effect with their livestock work.

“The grant has been amazing because it’s allowed me to run the program exactly how I want it to and without any other influence from outside parties … it’s been really good to get my project up and running and I’ve had a lot of positive feedback.”