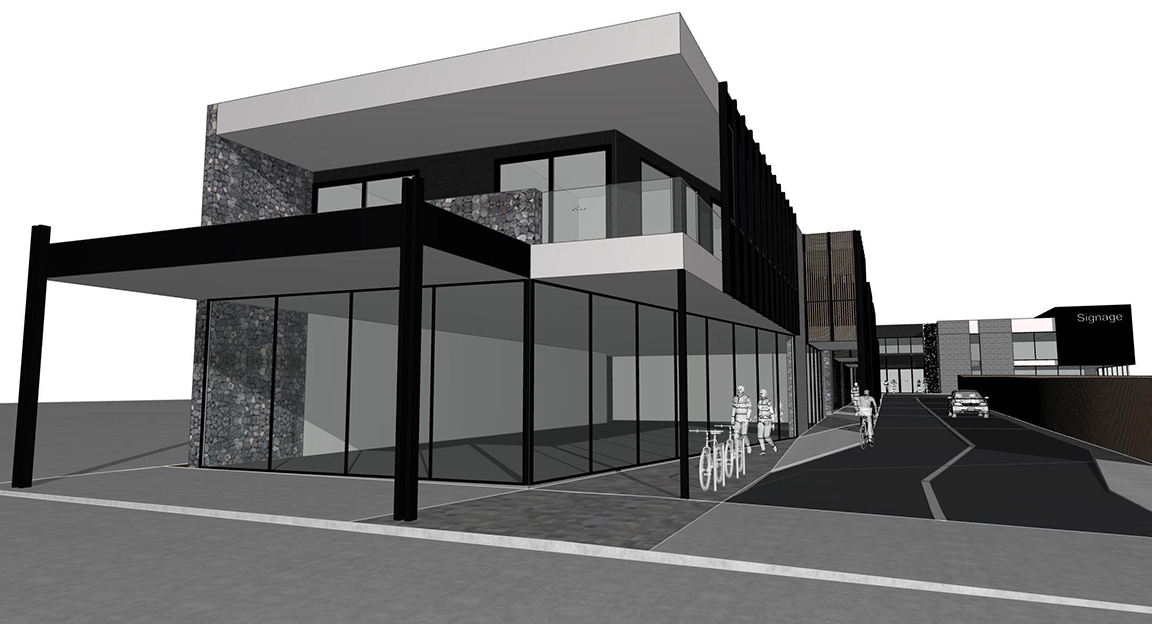 THE development boom in Portland is poised to move into the business sector with plans finally on display for a prime site on Percy St.

A planning application has been lodged with Glenelg Shire Council for a mixed-use development at 55-57 Percy St (between Planet Kaos and Voyage Surf, Ski and Skate and in behind the latter shop) that would contain two buildings containing two retail shops (which could be converted to four) in one, two offices in the other and six apartments of between one and three bedrooms spread over the upper levels of both buildings.