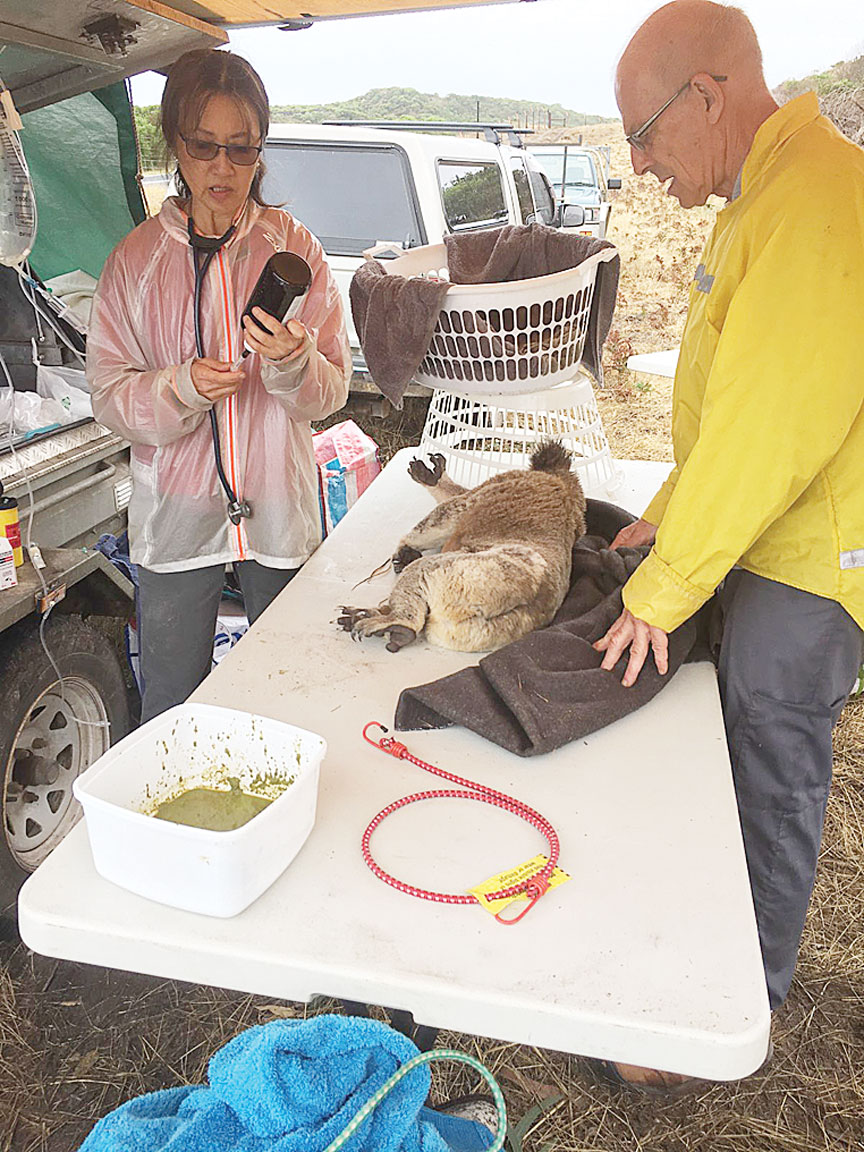 FLASHBACK: A koala is inspected on site at Cape Bridgewater in February 2020. Picture: OBSERVER FILES
By Chalpat Sonti

IT seems a long time ago – it has been 16 months in fact – but the investigation into the deaths of koalas at Cape Bridgewater last year is still going on.

The Office of the Conservation Regulator has been looking into the deaths that occurred at a site between Knights and Parkers Rd and Cape Bridgewater Rd in February 2020.

Portland resident Helen Oakley and local wildlife carer Sharon Webster contacted the Department of Environment, Land, Water and Planning about concerns they had about the fate of koalas at a site between Knights and Parkers Rd and Cape Bridgewater Rd following the clearing of trees there.

A few days later it became a crime scene as the Office of the Conservation Regulator, part of DELWP, found 184 koalas there, with 30 being humanely destroyed, 41 sent to wildlife carers and 113 relocated to either Mount Richmond National Park or Annya State Forest.

The number of koalas found dead at the site has not been publicly released.

Initially the case was misreported in regional and national media as environmental group Friends of the Earth incorrectly claimed it was due to a forestry company clearing a bluegum plantation.

The incident even led to Victorian Environment Minister Lily D’Ambrosio saying at the time “I expect the Conservation Regulator to act swiftly, decisively and without lenience to those responsible for this devastating situation”.

A spokeswoman for the Conservation Regulator said the investigation continued.

“The Conservation Regulator continues to work through the legal process in relation to the Cape Bridgewater koala incident,” she said.

“No charges have been laid at this time and the investigation is ongoing.”

In September 2020 a spokeswoman said large amounts of evidence from the crime scene had been sifted through, as well as mobile devices and witness testimonies.

“Forensic radiography and pathology has taken place on animals located at the crime scene,” she said.

“Forensic pathology can tell when an animal died and what caused it.”

At that time up to 68 koalas had been taken to be rehabilitated – of those 42 had been released into the wild, six were humanely destroyed and one died after being released.

The remainder were still in care across two wildlife shelters.