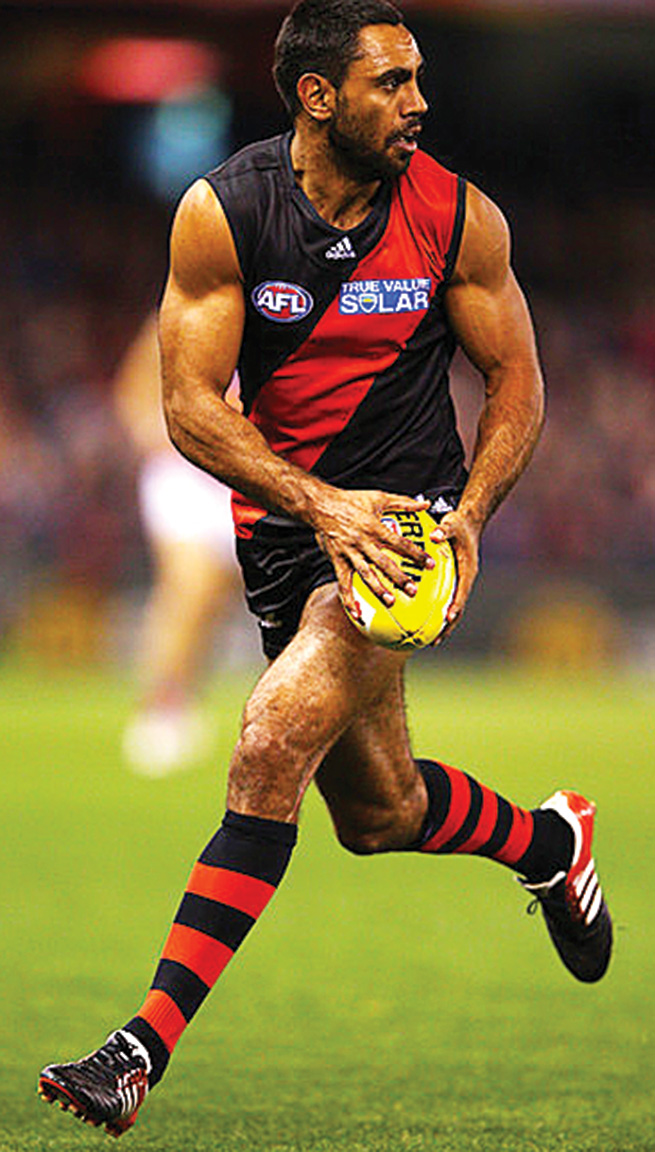 IT was a project more than two years in the making, stalled during the peak of the COVID-19 pandemic in 2020, but it all culminated on Saturday night.

On Channel 7 at 11pm, directly after one of the biggest AFL games of the season – the Dreamtime clash between Essendon and Richmond – the documentary The Ripple Effect went to air.

The one-hour documentary, detailing racism and its subsequent impact on mental health, is the brainchild of former Heywood man Nathan Lovett-Murray, a 145-game AFL player and life member of Essendon.

“It’s an idea that I spoke to our CEO Matt Finnis about a couple of years ago when I came to St Kilda,” Mr Lovett-Murray, who is employed as the Saints’ Indigenous liaison officer, said.

“I wanted to make a 15-minute documentary for schools so I took the idea to Peter Dickson from Dickson Films and he said this needs to be much bigger than what you are planning, we need to make a 50-minute doco and we need to get it on TV.”

The focal point of the documentary, of which Mr Lovett-Murray is the executive producer, is the racism experienced by former St Kilda star Nicky Winmar, including the moment in 1993 when he famously took a stand by lifting his playing jumper and pointing to his skin. The resulting photograph of that moment is viewed as one of the most iconic images in the sport’s history.

The Ripple Effect delves into racism not just in sport, but in life, and the impact this has on a person’s mental health.

“With the support of VicHealth and Headspace and a couple of other health organisations we were able to get the funding to make the doco,” Mr Lovett-Murray said.

“Peter started working on it two years ago and we were able to finish it off this year and we got the green light that Channel 7 is airing it after the Dreamtime game, which is fantastic.

“There are two versions. There’s the version for TV and then there is a shorter version for schools which is part of the Point and Be Proud program.

“We want to take that into the schools and educate the students about racism and the impact it has on a person’s mental health.”

Mr Lovett-Murray said being a father had also been one of the motivations to create the documentary.

“We want to try and make this world a better place for our children,” he said.

“My own daughter Harmony, who is seven now, had a racist experience when she was only six, so it is still happening.

“We were lucky in that there was a teacher who was a family friend and she was able to get on the front foot and speak to the other kid’s parents and sort it out.

“We want teachers to be able to do that, so part of this is educating the teachers as well, and have them stand up and call it out when it happens.

“The schools are getting a lot better, I’ve seen some of the education stuff being rolled out down Portland way and that is great. We want to be able to use this program to help schools have that conversation.”

A main message of the documentary is that racist behaviour can have a long-lasting impact on a person.

“We tell the story that if you are racist to someone this is what it can lead to with a person’s mental health – depression, anxiety, drugs, alcohol, suicide.

“That is what we are trying to educate people about – stamp that behaviour out, it’s not acceptable anymore. We need more people calling it out when they see and hear it.”

Mr Lovett-Murray has gained a lot through his involvement with AFL football, with the weekend’s Sir Doug Nicholls Round – named in honour of Mr Lovett-Murray’s great-grandfather – a highlight.

The round is a celebration of past and current Aboriginal footballers, and it is also an ideal platform to remind the community about racism.

“The experiences I had on the football ground were mainly positive. (In the AFL) I never had a player directly call me a racist word but it was more coming from the crowd.

“People think they can get away with it while they are sitting in the crowd but what we are asking is that people who are standing next to them, or if you see it on social media, to call them out and say this is not acceptable.”

The Ripple Effect documentary can now be viewed online at www.7plus.com.au.