All systems are grow 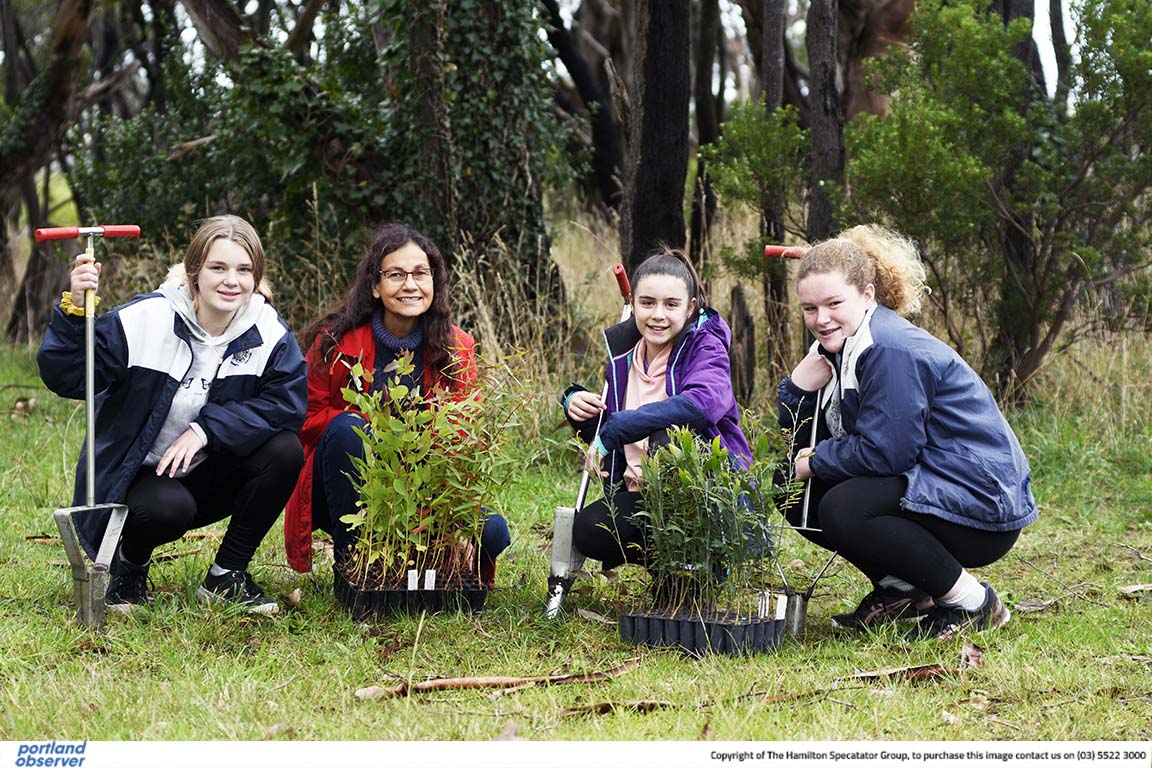 PORTLAND Secondary College’s tree planting program is moving forward in its bush area, with 240 trees due to be planted today.

The bush area, toward the northern end of PSC’s main campus, forms part of an important bush corridor, a sort of highway for wildlife moving through the area.

Led by PSC gardener Tilly Govanstone and supported by the school’s Student Representative Council, the trees will be planted in three ‘pockets’ in the bush area.

The advantage of planting them this way, as opposed to spreading the new trees over a small area, is that it will increase the density of the forest and will be easier to maintain.

Planting the trees does more than increase the number of trees in the forest.

By increasing the density, it will allow a thicker understory to grow in the bush area, which is an important habitat and food source for many animals.

This will allow the area’s ecosystem to develop, and with the students involved removing weeds such as ivy and Italian buckthorn, the forest itself will be much healthier.

15 students, from all year levels of the SRC, will be involved in the project, planting local species such as manna gums and swamp gums, which suit the area’s climate.

Some more ‘prickly’ tree species will also be planted, for birds to nest in and be protected from feral species.

Ms Govanstone is delighted with the school and its commitment to environmental progress.

“This is a long-term project,” Mrs Govanstone said.

“Portland Secondary College are the custodians of the area, and they’ve done a great job of applying for grants and improving it.

“The Year Sevens planting trees will be able to see the fruits of their labour when they are senior students at the school.”