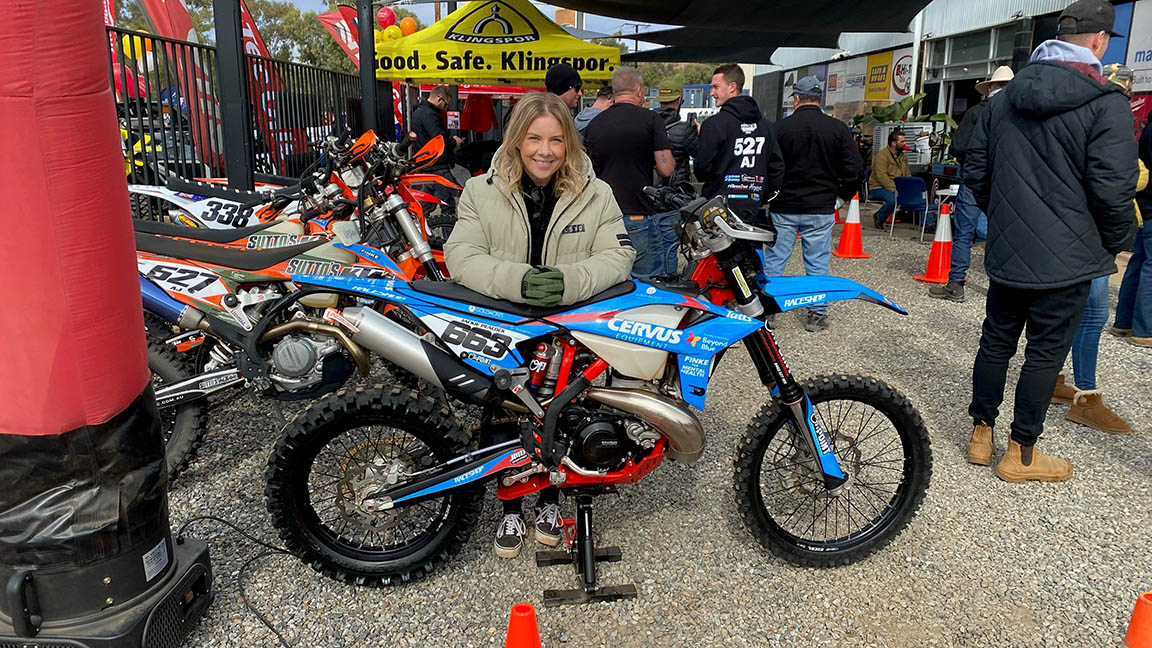 AFTER months of preparation, Branxholme’s Jackie Peacock is ready to head out on her Beta RR300 motorbike this weekend on the 229 kilometre Finke Desert Challenge from Alice Springs as part of her campaign to raise funds and awareness for Beyond Blue. Photo: SUPPLIED.
By Mark Rabich

JACKIE Peacock is in Alice Springs ready for the Finke Desert Race that starts this weekend - although the fortnight leading up to the event has gone substantially different than planned.

The Branxholme motorbike rider decided to leave for the Northern Territory a week earlier than planned to avoid being unable to cross borders due to restrictions coming down.

Although the NT borders reopened to regional Victorians on Wednesday, Jackie didn’t want to risk missing out on the race she had spent months preparing for.

“We got over South Australia four hours before midnight, so it wasn't too bad,” she said.

“Twenty-four hours later and (with) two hours sleep we made it to the NT living off dimmies, chicken strips, Red Bull and wing dings.

“There was a bit of stress, wondering whether they're going to change the rules or not, but they didn’t change them.”

The rush up to the red centre was not the last drama for her – last weekend she was out walking with her boyfriend and other friends and he began to have an anaphylactic reaction.